Open source software is a key option libraries should consider when implementing strategic technologies. Even though a greater number of libraries are adopting proprietary systems, open source products provide a viable alternative and exert competitive pressures, both in cost and innovation.

Integrated library systems (ILS), as well as the new genre of library services platforms, are offered to libraries primarily as proprietary products controlled by a single vendor. Libraries that use these products remain dependent on that vendor for ongoing software development, solutions to systemic problems, and service enhancements. While proprietary software remains the dominant approach, a growing percentage of libraries are adopting open source products. In fact, libraries with open source integrated systems report the same levels of satisfaction as those using proprietary products, according to the Perceptions 2016 survey on library automation.

Open source systems have been part of the overall automation landscape for more than 15 years and have become a well-established and mature option. Open source software principles are well understood, as are the relative advantages and disadvantages of its development models and support arrangements. The August/September 2017 issue of Library Technology Reports discusses some of the processes of software development, implementation, and support. Open source ILS products, such as Koha and Evergreen, have cultivated vibrant and well-coordinated communities that work diligently toward the continued enhancement and support of these products.

Open source initiatives often encourage for-profit companies as well as nonprofit organizations to become involved. While open source projects do not involve license fees, they provide many other opportunities for companies to provide services for which they can charge fees. For example, many companies have become involved with Koha, the most widely implemented open source ILS in the world. Technology revenues are increasingly derived from services than from direct sales of software licenses. Service fee categories include:

Self-support for open source ILS products is relatively uncommon in the US, where libraries mostly engage with commercial support firms. Implementation in partnership with a commercial support provider requires no more in-house technical expertise than a proprietary product.

Open source today falls well within the mainstream of technology options. Evergreen and Koha have matured and offer functionality comparable with many proprietary products. The FOLIO project promises to create a new library services platform based on a modular design and the microservices architecture.

Less Is Not More 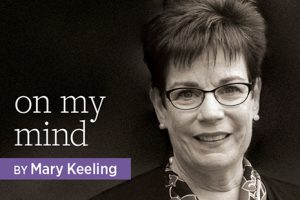