I had a rare opportunity in November to spend a morning in conversation with local library leaders about some of the issues, challenges, and opportunities around contemporary public libraries and librarianship. These discussions were confidential, and thus I’m not in a position to name names, so to speak. I hope my colleagues forgive my inability to make appropriate attributions. Suffice it to say these were smart, experienced, and talented people, and the day wound up, for me at least, as a master class in a variety of approaches to leadership and vision. Here are a few impressions, lessons, and anecdotes from the morning.

We all know that the best libraries are the ones that have the strongest connections with their constituents and make all members of their community feel that they belong and are welcome and represented.

It isn’t all sunshine and roses, however. It’s not unusual to be screamed at during a community meeting, or to be pursued by a small number of people with a specific (if not pernicious) agenda that they doggedly pursue week after week, month after month—a challenge to materials, opposition to a new program, or protesting the elimination of a familiar service, no matter how small the impact.

Often the trick is not to take it personally, to understand that the beef is likely as much with the institution and the role of the leader as it is with you as the person at the top. Recognize that when someone complains, there’s often a good reason for it, and it can be productive to loop back, follow up, and not ignore it. By the same token, hearing a delighted “I can’t believe you all do that!” is immensely gratifying.

Political skills come with the territory too. As one person at this meeting said, “Even if I disagree with the mayor, I may go along—a little bit—so long as it doesn’t cut into our ethical principles.” A dose of pragmatism flavored with sensitivity can go a long way, as can an understanding that there are situations in which, try as you might, you’re simply not going to win. If the community or political support for an initiative or idea just isn’t there, you may have to go to Plan B.

A dose of pragmatism flavored with sensitivity can go a long way, as can an understanding that there are situations in which you’re simply not going to win.

An attitude of “let’s try it,” encouraging new ideas among staff without drowning them in bureaucracy, can go a long way in libraries of all kinds. In particular, that’s a partial remedy to the all-too-familiar “toxic middle” ­phenomenon; enabling staff members at all levels of the organization to suggest novel or even wacky ideas, with some likelihood of implementation is powerful stuff. By the same token, you can’t give carte blanche; adding a social worker or career development expert to the staff could be valuable, but gently drawing the line between what falls within the core mission of a library and what more appropriately belongs to a social services agency is important as well.

Perhaps the phrase that lingers with me the most vividly is this: “What I fear most is apathy.” I’ve said something similar for years; I’d rather be loved than hated, but I’d rather be hated than ignored. If people don’t care enough about what you’re doing to even notice, you’re done.

For those of you who do this work every day, a lot of this probably seems obvious. Which isn’t to say that it’s not worth being reminded of or sharing for those just starting to make their way.

Among the reasons I was particularly grateful for this opportunity is—true confession time—I never took a management or administration course in library school, which partially explains a number of my own stumbling experiences over the years in leadership and administrative roles. (Hence why I took so many notes.) Don’t tell anybody, or they might take a long hard look at my degree … but that’s another story.

JOSEPH JANES is associate professor at the Information School of the University of Washington in Seattle and author of Documents That Changed the Way We Live (Rowman and Littlefield, 2017).

Stories and practical advice for leaders 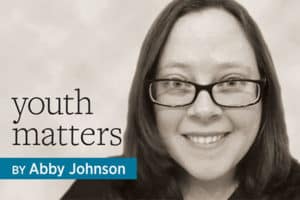 Cut costs with plan-ahead activities for youth and their caregivers