Design on the Cheap

Library design and renovation on a budget

Library renovations can cost several million dollars or more. For some libraries, funding a project that size—or even half that size—isn’t an option. Luckily, design options are available at a minimal cost for libraries that want to change the look and feel of their space.

Start with what you have

The first step in any design project, big or small, is intense self-reflection. Brian Lee, architect and design partner at Skidmore, Owings, and Merrill, has designed libraries around the world, including the award-winning Chinatown branch of Chicago Public Library (CPL), which opened in 2015. He stresses the importance of research and an inward gaze when trying to design on a budget.

“Go back to your library’s purpose—the mission—and all the programs that you believe are necessary, and develop strategies to achieve them,” Lee says.

Joel Sanders, principal at New York City–based firm Joel Sanders Architect, echoes Lee’s approach and recommends doing a feasibility study first. “What are your goals? What do you need? And what do you foresee as shortcomings?” he says. “Then work with a designer to do pre­schematic plans on how to accomplish that, going from low budget to high budget.”

Lee and Sanders agree that design ideas requiring little or no funds to implement may present themselves. You may be able to use existing furniture, shelves, and partitions.

“The trend right now is to create spaces that sponsor more interactive learning,” Sanders says. “See if you can accomplish that with free-standing furniture instead of having to build something. That could mean simply rearranging furniture in ways that allow people to work comfortably together.”

Lee recommends reexamining your space. “Look at what you have, and try to do more with less,” he says. “An exhibition space could be a lounge space. A niche or alcove in a wall outside of the general circulation area can be used as a new quiet study area using furniture. Look at ways that space can be doubly used or consolidated.”

Weed and weed some more

Space is a valuable commodity in most libraries, and creating new space in already cramped facilities can be a challenge. At Francis W. Parker School in Chicago, Mary Catherine Coleman, lower and intermediate school library and information services specialist, and Annette Lesak, middle and upper school librarian, found a simple way to create more space in their library: weeding.

Even in a well-funded private school like Francis Parker, library budgets can be tight. In 2014, Coleman and Lesak were charged by their administrators with rethinking and updating the almost 10,000-square-foot school library when they succeeded the librarian who had previously worked there for 35 years.

“The space was very much rooted in a very old-school look,” Coleman says. “It had about 90,000 volumes of books and really tall bookcases. It was just not conducive to student use and engagement. No one really went in there.”

Coleman and Lesak’s first task was to remove unused and out-of-date books, one of which hadn’t been circulated since 1917, according to the stamp on its still-intact check-out card. The weeding project freed up a massive amount of space, Coleman says. Its ripple effect changed the look and feel of the entire library.

“It made us think: ‘What else can we do to make the space more engaging?’” she says.

Coleman says that she and Lesak turned to social media to find inspiration for low-budget renovation and design tips. It was a game changer, Coleman says.

“Seeing what else is out there is really helpful,” Coleman says. “Pinterest, Twitter, and Instagram—look at what other libraries are doing. And even beyond the library. What is happening in collaborative and work spaces? You can see things you can do in your space that will fit your community and the culture at your school.”

Using ideas gleaned from their research and social media as a guide, Coleman and Lesak revitalized the now-open space. They bought whiteboard paint for the library’s tables, allowing students to draw and write on them. They repainted the walls. The renovations allowed them to look with fresh eyes at how their students interacted with them and the library.

“We began to rethink seating so that the library wasn’t just rows of tables,” Coleman says. She and Lesak bought beanbag chairs from Overstock.com and acquired old couches that nearby offices were getting rid of to create a casual hangout spot for kids. It changed how the library was perceived by students and faculty.

“Kids could find information, but they could also collaborate and use the space in different ways,” Coleman says. “Teachers were more open to bringing students there [after the change].”

The money is there

Paying for your renovation project, regardless of its size, may require some creativity.

“You have to think of innovative financing ideas,” Lee says. If conducting a larger-scale project that requires construction, he recommends seeing if tax increment financing (TIF) funds might be available. Lee uses the forthcoming Roosevelt Square branch of CPL, designed by Skidmore, Owings, and Merrill, as an example. More than $7 million in TIF monies were allocated to build the library, since it was built as a joint partnership with the Chicago Housing Authority. Such funds may be more than a library needs for a smaller renovation project, but Lee says it shows how financing is available if you think creatively and strategically.

Coleman and Lesak funded a portion of their approximately $5,000 renovation using monies already in the library’s budget, but they augmented it in an unusual way—again, by weeding.

“Our previous administration spent $6,000 a year on magazine subscriptions that we just didn’t need anymore,” Coleman says. “We significantly reduced those and opened up more funds to purchase materials.

“It was easy. We worked with the budget we had,” she says. “But we reworked and rethought how we spent it.”

This philosophy can apply to your entire renovation project: Everything you need, from additional space to financing, may already be in your library. You just have to find it.

PHIL MOREHART is an associate editor at American Libraries. 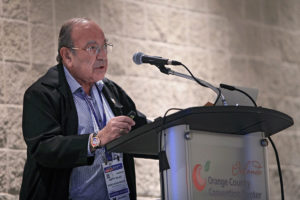 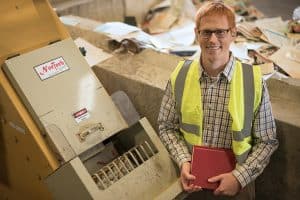