George Takei is best known for his role as Sulu in the 1960s cult-classic TV show Star Trek, but the actor has found even more fame later in life thanks to his prolific social media presence and activist work. In his new graphic novel, They Called Us Enemy (Top Shelf Productions), Takei details his childhood years spent in internment camps for Japanese Americans during World War II. Takei spoke with American Libraries at the American Library Association’s 2019 Annual Conference and Exhibition in Washington, D.C., about his book and the profound and lasting danger of not learning from history.

Why did you choose to tell your story as a graphic novel?

It’s been my mission in life to tell the story of my childhood imprisonment and to raise awareness of that chapter of American history. There’s a new generation of young people, and we want to target them in the best way. I thought that a graphic memoir would be an accessible way to reach them, telling the story from the eyes of 5-year-old me and exposing them to the larger reality that my parents were struggling with [while interned].

The release of They Called Us Enemy is timely, considering the current detainment of undocumented immigrants and asylum seekers along the southern border of the US. In the book, your father says that Americans don’t teach the bad parts of their history, so they’re forced to repeat them. Was that another reason to write this book—to point out parallels with the present?

Indeed, it was. The book comments on the humanitarian crisis at the border but also on the first executive order that this president signed—the Muslim travel ban. With one sweeping statement, he [implied that] all Muslims should be banned from entry in the US. That same mentality branded Japanese Americans as potential spies, saboteurs, or fifth columnists. The resonance today is profound and loud. We repeat this chapter of American history over and over again. Today, when I tell my contemporaries about my childhood imprisonment, to people I consider well-read, well-informed people, they’re shocked. They’ve never heard of it.

When you were a teenager and later in college, you wanted to learn more about your experience, but few books and little scholarly research were available. Have things gotten better in that regard?

I became very curious about my childhood imprisonment when I was a teenager, so I became an omnivorous reader. I read all the history books I could get my hands on. The books were silent on Japanese internment. I read civics books hoping to find something there; I didn’t find anything. But I learned about the noble ideas of our democracy, and I was puzzled. So I had long discussions with my father after dinner, and I learned from him. Sometimes it got heated and I said things that I regret to this day, but I learned from my father who bore the burden, pain, and anguish of American democracy. Later on, other books began to appear. The book that was encyclopedic on the internments was Years of Infamy: The Untold Story of America’s Concentration Camps (1976) by Michi Weglyn. But when I needed books the most, they were silent.

In your book, you talk about Herbert Nicholson, a missionary who would bring books to the camps. Can you elaborate on his story?

Nicholson was a Quaker, and he strongly opposed the imprisonment of innocent people on the basis of their ancestry. He was an activist, and he brought books from Vroman’s Bookstore in Pasadena to the Manzanar internment camp in Owens Valley, California. It was a long drive, about two-and-a-half to three hours long. He did that every month, regularly, and apparently some people who opposed him learned about his trips and shot up his car. But he made it through and delivered the books. The people in Manzanar said, “Well that’s it. He’s not going to deliver more books.” And yet, the next month, on the appointed date, Nicholson was there with a carload of books. I learned that he did that with the Arizona camps too. That was his resistance. He was an extraordinary hero. 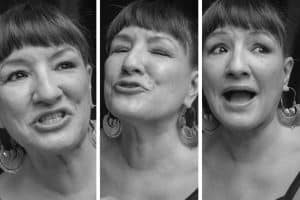 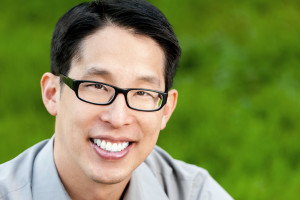