In February, the controversial Women’s Liberation Front (WoLF) booked a room at Seattle Public Library (SPL) for a public event. WoLF denies the existence of transgender individuals and portrays trans women as dangers to cis women. In response to the uproar that ensued, SPL’s board issued a statement saying “the library must maintain its role as a stalwart protector of intellectual freedom for all, ensuring that all voices … are able to be heard in a public forum by those who wish to hear them.” Some libraries commonly use this argument to justify allowing hate groups to use their spaces. (This argument is consistent with the American Library Association’s current guidance on meeting room policies.)

I take issue with the notion that libraries are ensuring all voices are heard when they let hate groups speak. Hate speech considered in a vacuum might look merely offensive, but when viewed in a historical context, that speech is inextricably linked with physical violence. Young men marching with torches and chanting “Jews will not replace us” are intentionally evoking the Holocaust, just as a burning cross on a lawn is meant to evoke lynching. These actions are designed to silence those targeted. In “Words That Silence?,” a chapter from Speech and Harm: Controversies Over Free Speech, Caroline West argues that “racist hate speech may cause those it targets to withdraw from participation in public life and discourse.” Hate speech inhibits free speech because it effectively prevents others from speaking.

Megan Boler, in her 2000 article “All Speech Is Not Free: The Ethics of ‘Affirmative Action Pedagogy,’” argues that we must apply “historicized ethics” to issues around free speech, recognizing the power imbalances in our society and the fact that “all persons do not have equal protection under the law.” In a world where marginalized people are less safe expressing themselves and their words are given less weight, the equality implied in the marketplace of ideas doesn’t exist. By being neutral, libraries are tacitly giving the privileged power to speak and allowing marginalized individuals to be silenced.

If libraries want to promote free speech, creating an environment where everyone feels the psychological safety necessary to participate is vital. In a chapter of the book Trust and Distrust in Organizations: Dilemmas and Approaches, Amy Edmondson defines psychological safety as what “makes it possible for people to believe that the benefits of speaking up outweigh the costs.” Inclusive environments have been shown to encourage self-expression and have a greater positive impact on the performance of those from underrepresented groups.

Hate speech inhibits free speech because it effectively prevents others from speaking.

The silencing of historically marginalized groups can be insidious and unintentional. Research has long documented the role that teachers play in silencing girls and young women by differential treatment in the classroom. Do we believe that female teachers want to silence children of their own gender? Of course not, but they were raised in a patriarchal culture and are unconsciously acting on those values. Yet the impact of their neutrality is the same as the impact of a neutral stance from a library—it perpetuates the dominance of certain members of society over others.

I’m sure neither librarians nor teachers want to be complicit in silencing marginalized community members. Freedom of speech is not only critical, but fragile and unable to be fully realized in an unequal society. Allowing anyone to speak is a passive way of supporting freedom of speech. Library workers should explore how library actions and inaction contribute to the silencing of community members and how they can create inclusive spaces where everyone feels the psychological safety needed to speak freely. 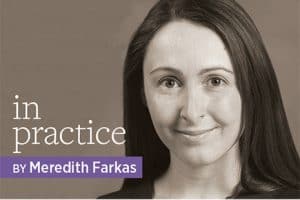 Reconciling our commitments when hate speech is involved

ALA Council Rescinds “Meeting Rooms: An Interpretation of The Library Bill of Rights”