Josey scholar discusses the trailblazer's impact on the library world

A towering figure in both librarianship and the civil rights movement, E. J. Josey (1924–2009) cofounded the Black Caucus of the American Library Association (BCALA) and served as ALA president (1984–1985). He inspired and mentored colleagues and students with a leadership style that reverberates today.

Renate L. Chancellor, associate professor in the Department of Library and Information Science at Catholic University of America in Washington, D.C., and author of E. J. Josey: Transformational Leader of the Modern Library Profession (Rowman and Littlefield, 2020), is a leading Josey scholar. American Libraries spoke with her about his life, activism, and impact on the library world.

How did E. J. Josey’s childhood in the segregated South influence his work as both a librarian and an activist?

Josey was the oldest of five children, and he came from very humble beginnings in the Mount Hermon section of Portsmouth, Virginia, which was predominantly African American at the time. His parents were very poor, and his father died when Josey was a sophomore in high school. He graduated early and scrambled to find jobs to help the family—so he didn’t really have much of a childhood. He then went into the Army, where a defining event forced him to never back down from racism: He was boarding a bus, and the white bus driver told him to move aside so the other soldiers could come on first. He wouldn’t do it. The driver pointed a gun at him, and Josey wouldn’t back down. That speaks a lot to who he was as a person and about the transformative period that inspired him to fight for equality for all.

You write about Josey’s leadership style and his work as a mentor and community builder. Can you elaborate?

He was charismatic. He was able to rally and bring people together and to galvanize them to fight for what was right. He was a firm believer in education and community. He was big on fighting for equality, not just for Blacks but also for women and other people of color.

People were almost fanatical about him, and they still are to this day. He had a charisma few have.

Josey helped organize BCALA, which celebrates its 50th anniversary this year. What’s the significance of his legacy for BCALA, ALA, and library workers of color?

What he did in 1964 [at the ALA Annual Conference] when he drafted a resolution that forced ALA to disallow Southern state library chapters from being part of the Association if they refused membership to Black librarians—that was pivotal. But he saw that wasn’t enough. BCALA was formed in 1970, and even though there was integration, there weren’t opportunities for leadership within the profession for Black librarians, who were still also dealing with discrimination in the workplace. His idea, along with the other founders, was to form an organization that can grow the leadership of Black librarians. That was important.

How would Josey have responded to today’s racial, political, social, and economic unrest?

He would probably be the same as he was then: feisty, encouraging people to fight and speak out. During the time he did his activism in ALA in the 1960s, the Civil Rights Act was passed [in 1964]. A lot of inequity remains in the United States. Josey would push ALA to be more responsive to people of color. He would push people in his workplace to fight for justice, because when you look side-by-side at what’s going on today [compared with the 1960s], you see a lot of parallels with the civil rights movement.

What would Josey think of the profession today?

He would see that there’s still much to be done. There have been efforts and initiatives to bring people of color into the profession, but I don’t think he would feel it’s enough. With everything going on in larger society, such as the policing of Black people, he would want to see more action. He would be on the front lines. He would pull people together to fight this fight.

What advice do you think Josey would give to new librarians entering the profession? 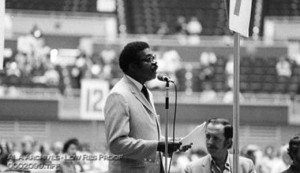 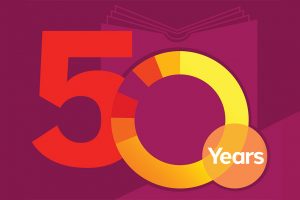 Black Caucus of the ALA Celebrates 50 Years

Members look at what’s ahead for Black librarianship