What to do with the release of the 2020 Census data

Census data is invaluable for understanding our communities and our nation. After a longer wait than usual, detailed data from the 2020 Census will be released over the course of this year. Let’s look at what’s in the data, what’s been released so far, what’s coming up, and where you can find it.

Total population counts for the states and the nation were released in March 2021 and launched the apportionment process to redistribute seats in Congress. Public redistricting files followed, released in August 2021. This dataset consists of six tables that include population by race, ethnicity, age above 18, group quarters (the population living in college dorms, military barracks, and penitentiaries), and counts of occupied and vacant housing units. This data is intended for redrawing congressional and voting districts but was also our first detailed glimpse of the nation’s population at the census block level.

Demographic profile tables—which provide a cross section of data for a given place—and the full range of census tables that are part of the Demographic Housing and Characteristics file will be released in May 2023. Data planned for inclusion in the Detailed Demographic and Housing Characteristics file will be released starting in August 2023. Formerly known as Summary Files 1 and 2, these tables will provide counts and cross tabulations of the population by age, sex, race, ethnicity, family relations, households and group quarters, and housing occupancy and tenure. Data will be published for all census geographies, including legal areas like states, counties, and municipalities, as well as for statistical areas like census tracts and block groups.

Since census data is free and in the public domain, there are several access points. Some sites provide a limited number of profiles that make accessing data easy, while others offer more advanced search capabilities and a fuller selection of tables. Librarians should consider the nature of each researcher’s request and the researcher’s technical skills when suggesting a tool or website. They should then present users with a few options to help choose what works best.

You can visit the program page for the 2020 Census to view the release schedule, consult technical documentation, and access widgets and media for data exploration. In some cases, you can access data from the program page, but the ultimate source for all current census data is data.census.gov. Users can type in the name of a place, pull up the profile for an area, and follow links to discover individual tables.

Librarians should consider each researcher’s request when suggesting a tool or website.

Beyond the US Census Bureau, the Missouri Census Data Center has long provided many excellent tools. Its profile applications make it easy to obtain demographic profile tables for the decennial census and the American Community Survey (ACS) for the entire US and make comparisons between a maximum of four different geographies. The Census Reporter project was designed to provide a direct way to discover and explore the latest ACS estimates. The National Historical Geographic Information System, part of the Integrated Public Use Microdata Series, serves as the archive for all historic census summary data and includes the latest releases. There are several subscription-based databases, like PolicyMap and the Social Explorer, that add value to the data by providing users with map-based interfaces for data exploration, thematic mapping, and basic analysis.

Lastly, many local and state governments recompile census data for their jurisdictions and post them on their websites in easily downloadable spreadsheets. Some governments may aggregate the data into neighborhoods or districts that are meaningful to local residents. Local and state planning agencies, economic development offices, and open data portals are all good places to look. 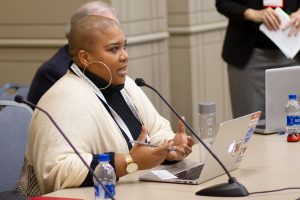 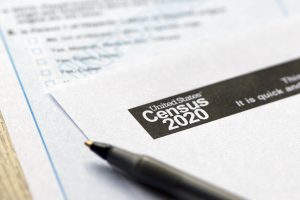 Updates and resources for libraries