Celeste Ng’s third novel, Our Missing Hearts, tells a story that may not feel as speculative as we might wish: When an economic crisis hits the United States, fear and racism poison society, and people look for a scapegoat. Under the guise of national security, a law called PACT—the Preserving American Culture and Traditions Act—passes. As a result, books by and about Asian Americans are banned, mail at the post office is read by the government, and hate crimes against Asian Americans are ignored and even encouraged. The government removes children from their homes if their parents protest PACT. 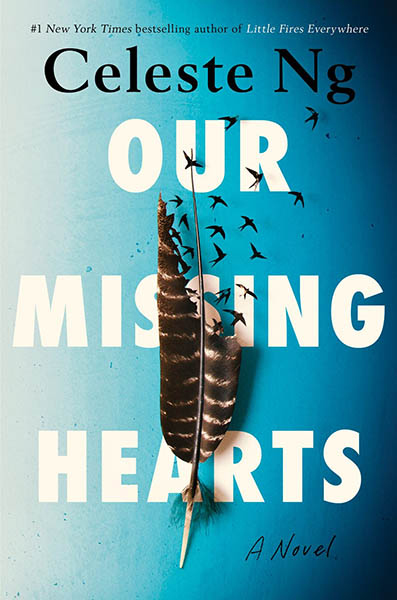 Ng, who spoke at the American Library Association’s 2022 Annual Conference and Exhibition in Washington, D.C., talked with American Libraries about the novel, which calls to mind the not-so-distant past—and the anti–Asian American hate we are seeing today.

In Our Missing Hearts, libraries are one of the last remaining sources of truth, as an underground network of librarians tries to connect families with their taken children. How did you come up with this plot line? It came out of my love and respect for libraries. Before the pandemic, I would often go to Cambridge (Mass.) Public Library and write. I often sat where the reference librarians were. And I was repeatedly struck by how dedicated and patient they were. People come in, they need help doing their taxes, and the librarians help them figure out the right forms and how to file them online.

It struck me that, if you need information, there are very few people whose job is to hold on to it for you and get it to you. I thought, “Who would be the right people in this world who would try to match up people who want that information with the people who have it?” And the answer, of course, was librarians.

One of my favorite lines is when a librarian says that today, people don’t burn books; they pulp them and turn them into toilet paper. The librarian jokes, “Much more civilized, right?” You show the absurdity of how we lie to ourselves and deny what’s happening. And it’s sadly more and more relevant. This has long been a concern, and something librarians have been working on: the freedom of getting information.

It’s something I had hoped would remain in the imagined realm but, unfortunately, is becoming all too real, as school libraries are attacked for allowing people to find information they want and need—information like, “I think I might be LGBTQ,” or “I want to learn about this aspect of our history.”

Your book is also about hope and humanity. It had been in the works for a while, but it wasn’t until the pandemic that it started to come together. I was trying to ­convince myself that humanity was still out there, and that it was still important to imagine a better future rather than resign ourselves to where we were. That resignation is natural when things go badly, right? But it feels very important to me, especially in the face of problems that feel pervasive and eternal and insurmountable, like racism and gun control, to still imagine that we can make things better.

Your writing highlights the power of story to effect change. Why is this important? That is something we don’t give enough importance to—the power of reading stories, of being able to find insights and patterns in them. Sometimes it’s because you see yourself and you get recognized there, and that’s really powerful. Sometimes it’s a story that reminds you of how things can be different. That’s one of the reasons the movement to ban books is so dangerous. In a way, the banning acknowledges the power of story. But it also suggests that we don’t have context to think about the story, and that there’s something about those particular words or pages that’s dangerous.

If you can get those stories and get the context that goes with them, you can learn so much. It’s important to be able to tell your own story in the context, too. 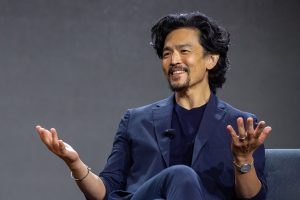 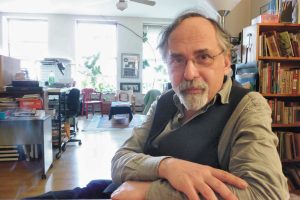