Every year, voters from small towns and big cities alike decide on ballot measures that affect libraries. This year is no different—and as in past years, American Libraries and the Public Library Association have partnered to look at some of the wins and losses across the country.

While libraries notched many victories in 2022, some failed measures reflect broader cultural and economic shifts. For instance, in Jamestown Township, Michigan, a levy that would provide Patmos Library with 84% of its annual budget, failed on August 2 in large part because residents opposed to LGBTQ materials in the library’s collection campaigned against the millage. Jamestown Township residents had another chance to vote on funding November 8; we’ll bring you those results, and many other results from Election Day, once they are officially tabulated.

Check back online later this month and in our January/February 2023 issue for our “Referenda Roundup 2022: Final Report.”

White Oak Library District voters from Crest Hill, Lockport, and Romeoville failed to pass a tax increase that would expand the library’s operating hours and services. The .19-mill increase was defeated 4,886–3,928.

Village of Millstadt and Millstadt school district voters rejected a referendum that would annex unserved territory to the Millstadt Library District and provide funding for the construction of a new library. The measure failed 1,841–863.

All votes listed in this section refer to Michigan’s August 2 primary election.

Voters in Allendale Township passed by a vote of 1,429–1,380 a six-year millage of .3 mills that would provide operational funding for the public library.

By a tally of 1,870–1,374, residents of Fraser passed a new 20-year millage at a rate of 1 mill, replacing a previous millage that had been in place and unchanged since 1963. Fraser Public Library will put the funds toward building issues, technology, and programming.

Voters rejected by a tally of 1,904–1,141 the renewal of a property tax millage that would provide Patmos Library in Jamestown Township with 84% of its $245,000 annual budget. Multiple news outlets, including Detroit Free Press and Bridge Michigan, reported that a group of residents campaigned against the millage because the library would not remove LGBTQ materials from its collection. On November 8, voters were again asked to approve library funding with a .6-mill proposal over 10 years that covers renewal of the previously authorized millage as well as a new millage. If passed, Patmos Library would receive $320,000 in funding in its first year.

Capital Area District Libraries in Lansing reported that a measure to restore the district’s millage rate to 1.56 mills passed 33,961–15,550. For the past two years, the millage rate was rolled back to 1.55 mills as a provision of the Headlee Amendment to the Constitution of Michigan. The increase will help the library system cover operational costs, such as staffing and technology.

On May 3, voters in the Gloversville Enlarged School District approved a $553,695 tax levy (equating to roughly .06 mills) for Gloversville Public Library 139–55. Most of the funds will go toward staff salaries and benefits.

All votes listed in this section apply to Ohio’s May 3 primary election. For more results, see this list from Ohio Library Council.

Voters approved a six-year renewal of a 4.5-mill operating levy for Grandview Heights Public Library by a tally of 1,709–271.

By a count of 7,244–2,354, voters renewed a 2-mill operating levy and passed a 1-mill increase for 10 years that would provide Upper Arlington Public Library with $5.3 million in funding annually. The combined levy will go toward operational costs, including wages, materials, and utilities.

On May 17, Tillamook County residents renewed a five-year, .65-mill levy for Tillamook County Library that was set to expire in June. The measure passed 5,572–3,557. The levy accounts for more than 95% of revenue for the six-location system.

Voters in Castle Rock rejected a .3-mill excess tax levy for its public library on August 2. Over the past three years, levies have failed a total of six times, with the library being forced to depend entirely on donations. More than 58% voted in favor, but the proposition required a supermajority of 60% to pass.

On May 10, a five-year levy renewal that would benefit Parkersburg and Wood County Public Library failed to pass. Though voters were in favor 8,284–6,404, the measure did not meet a threshold of 60% plus one. The levy, which provides the library system with 30% of its funding, reappeared in a reworded format on the November 8 ballot. 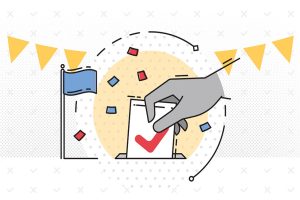 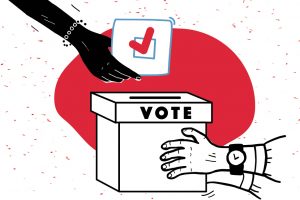