When a handful of books stopped being returned at Vinton (Iowa) Public Library, Janette McMahon suspected it was more than just forgetfulness. McMahon, the library director at the time, says residents of the east central Iowa town of 5,000 had been discussing book bans, and it had become heated.

“We had five books that a conservative community member objected to,” she says, referring to LGBTQ books and titles about President Joe Biden and Vice President Kamala Harris. “We have the form to fill out. There’s a process that would work if people would go through it.” Instead, McMahon says, the patron did not file a complaint or reconsideration request with the library but rather chose to keep the books so they would no longer be in circulation. “There’s a fine line between being stolen and just being overdue.”

But then the situation escalated.

“Staff were called heathens, and there were worse words for our LGBTQ staff,” says McMahon, who has since become director of the DeWitt (Iowa) Community Library after resigning in July 2021. The attacks came from several community members, she says, and it was difficult to pinpoint exactly why they were happening. “I only saw the situation getting worse,” McMahon says. “I decided to leave, for my own mental health and happiness.”

Book challenges are nothing new, and most libraries have protocols in place for responding to complaints about materials, programs, and other issues. But the proliferation of highly orchestrated, politically motivated book challenges in the past two years has been particularly difficult for library directors, many of whom take the brunt of sometimes highly personal attacks.

Of the 2,532 bans of individual books logged by PEN America from July 2021 through June 2022, 96% of challenges did not adhere to the best-practice guidelines for book challenges outlined by the American Library Association and the National Coalition Against Censorship. The bans, and the controversies associated with them, have created environments so hostile that some library directors like McMahon have resigned as a result.

In Hillsdale, a town of 8,000 in south central Michigan, a board proposal to ban certain books led to compounding problems. “[Trustees] wanted more strict collection development,” says Bryonna Barton, who resigned from her position as director of Hillsdale Community Library in June 2022 after repeated character attacks directed at her related to the proposed bans.

“One social media post said I was grooming children,” says Barton, now director at Eaton Rapids (Mich.) Area District Library. “[A library board member claimed] I had started to fill the library with LGBTQ, critical race theory, and pornographic materials. There were a lot of accusations, and my words continued to get twisted.”

Finally, Barton saw no choice but to leave. “Safety was a factor for me,” she says. “I also felt like it was a way to save the library’s reputation.”

When Martha Furman became interim director at ImagineIF Libraries in Flathead County, Montana—population 108,000—in summer 2021, she says the board was “continuously blurring the line between trustee and director.” Board members began involving themselves in operations like collection management and staffing decisions, she says, and “disregarding the professional advice of the experts on hand.”

The board often crossed professional boundaries, Furman adds, and members wanted to watch library staffers as they selected books to purchase. “None of these were casual requests,” she says. “There was a continued, prolonged pressure.” Furman served four months and now works as operations manager at Lewis and Clark Library in Helena, Montana.

She says a significant amount of her time was spent in crisis mode, managing board interventions and actions—and that staff members were profoundly affected.

“We had a handful of queer staffers who felt very shaken by some of the things being said in the community and the nature of the challenges,” Furman says, adding that the ImagineIF board also downgraded the director’s and children’s librarian’s salaries after she left in December 2021. “It’s hard on staff to feel devalued and defunded,” she says. “It felt like dismantling.”

McMahon says hurdles still exist in her new position at DeWitt but that she’s handling them differently. In June 2022, the library featured Jason Tharp’s It’s Okay to Be a Unicorn! in a StoryWalk—an outdoor path that features children’s book pages and takes families on self-guided storytimes. When pages disappeared from the path and she received a phone call saying the book was “inappropriate for the StoryWalk,” McMahon says the library put out a statement on social media and talked with the local newspaper. “We made it very public. We made sure everybody knew what was happening.”

McMahon says a resulting widespread community support for the library seemed to quiet the critics. “Maybe we would have been more protected [in Vinton] had everything been more public.”

Furman says that going public at ImagineIF helped garner community support, though it ultimately didn’t prevent her resignation. When the situation intensified, she says, she posted a letter on the library’s Facebook page—and emailed it to county commissioners, trustees, and staff—describing what was happening, outlining community concerns, and explaining the duty of public libraries.

The response was “overwhelmingly positive,” she says. “It helped tamp down rumors and helped people understand why the library has things they might not approve of. I think of that as a bold move. [But] the board was not happy.”

For Barton, having a support system in the library community helped “talk me off the ledge.” Library worker friends prepped her on questions to anticipate, but she wishes there was an organized support group for librarians. “We’re not designed for that much hatred,” Barton says. “How do you get over that trauma?”
McMahon says she still wrestles with what happened in Vinton.

“I feel strongly about standing up for materials and intellectual freedom,” she says. “But am I not the fighter I hoped I was? Those thoughts run through your head. The other part of your brain tells you, ‘This is making you ill. This is making you hate your job.’ I still feel [leaving] was the right thing for me, even though there’s that tiny thing that says maybe if I had fought a little harder, it might have made a difference.”

Yet leaving also sends a powerful message. “The decision to resign was an act of self-preservation,” Furman says. “But it was simultaneously an act of resistance.” 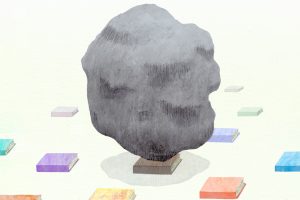 When It Happens to You 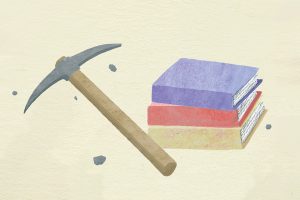