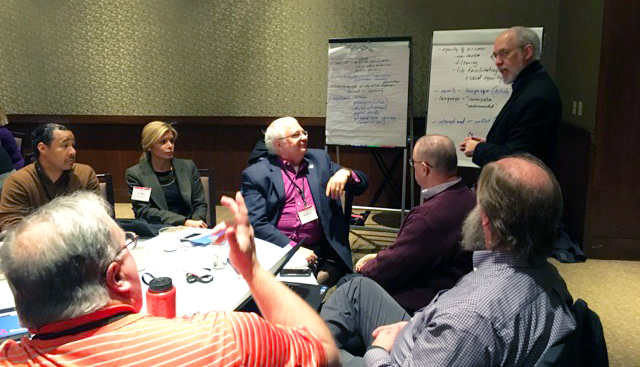 Delivering the opening remarks, ALA President Sari Feldman highlighted information policy as a key component of ALA’s Strategic Directions. She noted that the first step in expanding and strengthening library professionals’ involvement in information policy is increasing their understanding of it. The day’s programming focused on elucidating this concept, and building library professionals’ capacity for … END_OF_DOCUMENT_TOKEN_TO_BE_REPLACED