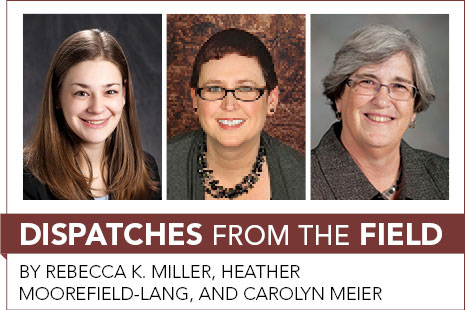 Char Booth’s 2009 report, Informing Innovation: Tracking Student Interest in Emerging Library Technologies at Ohio University, cautions against experimenting with too many programs at once. She argues that decisions should be grounded in insight into local library, information, and technology cultures—a policy that we call “intentional integration.” A 2014 Pew Research survey indicates that 64% … END_OF_DOCUMENT_TOKEN_TO_BE_REPLACED

Mobile phones, personal electronic devices, and tablet computers have infiltrated most corners of the academic library. Although many institutions are interested in exploring these new technologies, some are focusing on tablet computers in particular to enhance and even reimagine their services to better support their communities. Library and information professionals who are finding ways to … END_OF_DOCUMENT_TOKEN_TO_BE_REPLACED