What the future holds in Mozilla case

On February 1, a three-judge panel of the US Court of Appeals for the D.C. Circuit heard oral arguments about whether the Federal Communications Commission (FCC) was arbitrary and capricious in reversing its 2015 order, which included rules against blocking, throttling, or paid prioritization of internet access. In the case—Mozilla et al v. Federal Communications Commission (FCC)—consumer groups and some companies are trying to restore the net neutrality protections policy that is needed to keep the internet open to all users. How will the upcoming decision affect libraries?

The American Library Association (ALA), which filed an amicus brief in 2018 with other groups seeking to defend net neutrality in Mozilla, asserts net neutrality is essential for a library to meet its public mission of increasing access to information. In 2015, the FCC adopted strong net neutrality policies to require all internet traffic to be treated equally. But the agency did an about-face and eliminated those policies in 2017.

ALA has been on the front lines of the net neutrality battle with the FCC, Congress, and the federal courts for more than a decade, working in coalition with other library and higher education organizations as well as broader coalitions of net neutrality advocates.

The future of the open internet

Some state lawmakers have also argued they have an obligation to protect consumers with net neutrality rules and that local governments can approve or deny requests by telecommunications providers to operate in their states. Less than six months after the 2017 FCC vote, 36 states had proposed or passed a resolution, bill, or executive order supporting net neutrality protections. But whether these state laws are enforceable is an open question.

At the same time, the internet moves on. For the most part, internet service providers (ISPs) are treading carefully while legislation is pending. But instances of misbehavior have concerned net neutrality advocates.

In 2018, David Choffnes, assistant professor of computer and information science at Northeastern University in Boston, and his fellow researchers developed an app to measure if ISPs regularly throttle streaming services like YouTube and Netflix. The results? Nearly every major wireless provider specifically throttles video, even when the network is perfectly capable of handling the load. In a statement last fall, Choffnes pointed out, “There’s no evidence that any of these policies are only happening during network overload. They’re throttling video traffic even when the network doesn’t need to. It happens 24/7, and in every region where we have tests.”

Verizon, the largest mobile wireless carrier in the US, was the biggest offender on Choffnes’s app, with more than 11,000 instances of throttling between January and May 2018. AT&T, the second largest carrier, had almost 8,400 instances of throttling. Sprint was found to be throttling traffic from Skype. While we do not know how the FCC would have responded to these incidents under strong net neutrality rules, the 2015 rules made it less likely that companies would engage in this kind of behavior in the first place. Those rules also had expedited procedures for dealing with incidents where an ISP may be violating net neutrality principles—critical for institutions like libraries and consumers, neither of which have the resources for a drawn-out process.

The 116th Congress has signaled it will take up the issue of net neutrality. The House Communications Subcommittee plans to hold its first net neutrality hearing February 7. Members of Congress who campaigned on net neutrality and won election or reelection in 2018 already seem interested in legislation that would provide a more definitive resolution to the issue, though no drafts exist. If we see legislation on net neutrality in this new Congress, ALA and its allies believe that any legislation must put in place a strong legal standard and provide the enforceable net neutrality protections outlined in the 2015 order.

But first, the courts

There was no groundbreaking news at the February 1 hearing; oral arguments are primarily an opportunity for the judges to ask questions. ALA and its allies argued in the amicus filing that the FCC’s actions to undo strong net neutrality rules will “imperil the internet’s continued operation as a reliable platform for research, learning, and information sharing and that the FCC’s decision should be reversed as arbitrary and capricious.” The court is expected to rule this summer.

ELLEN SATTERWHITE is a fellow of ALA’s Public Policy and Advocacy Office and vice president with the Glen Echo Group in Washington, D.C. 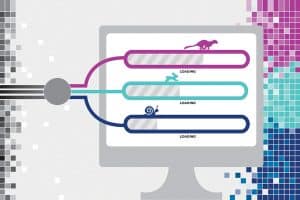 The State of Net Neutrality 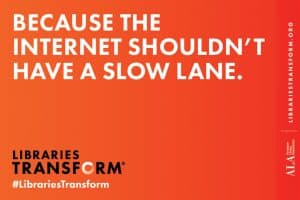