“Are you a proactive or reactive advocate?” was the question asked of those who attended a Monday meeting on advocacy, sponsored jointly by ALA’s Reference and User Services Association and United for Libraries at the 2017 Midwinter Meeting in Atlanta.

Donna McDonald, director of the Arkansas River Valley Regional Library System and secretary of United for Libraries, noted that many public library users are “unaware of the library’s funding challenges, and the biggest supporters may not be frequent users.” Elected officials can often be a “hard sell” because they are also looking at funding for roads, police, and other community essentials, she said. “But it could help to tell them that the library is only 4% of their budget. Cutting a small segment of the budget by 10% is always more drastic than a larger segment.”

Perhaps her best advice was to develop an advocacy message using the “Pixar pitch,” as developed by Daniel Pink in To Sell Is Human. Every film produced by Pixar (including Finding Nemo) uses a similar structure that tells the story “crisply, with clarity, to create the action you want.” McDonald said that their stories follow this pattern:

This pitch format allows for successful storytelling using a framework that enforces conciseness.

Dustin Fife, director of library services at Western State Colorado University in Gunnison, emphasized that advocacy is personal. The most effective advocates are those who have personal relationships with local legislators and funders or their staffs. “Make people know from the very start what is important to you,” he said. “Talk early and talk often. Don’t wait for the perfect moment or a perfect plan.”

Attendees broke off into 15 or so separate groups to generate a list of best practices for advocates. This is a partial list of what they came up with:

Finally, McDonald mentioned a useful book just published by ALA Editions: United for Libraries Executive Director Sally Gardner Reed’s The Good, the Great, and the Unfriendly: A Librarian’s Guide to Working with Friends Groups, which shares best advocacy practices from Friends groups across the country. 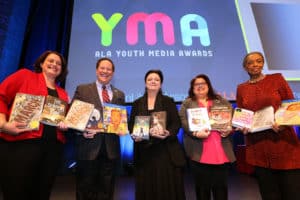 Top books, video, and audiobooks for children and young adults revealed at Midwinter 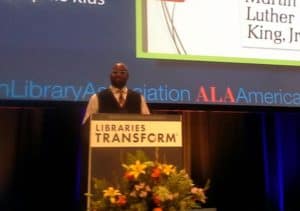