The American Library Association (ALA) today announced that Executive Director Tracie D. Hall has appointed 13 members to the newly revived ALA Business Advisory Group. Well recognized for their individual achievements, this group of advisors comes from libraries, civic life, technology, and academia and brings the power of its collective expertise to supporting ALA’s business development. The advisors are:

Hall said, “This Business Advisory Group is no less than a dream team of thinkers who each in their own way have and are changing the course of library, business, and public practice. Each one of them brings a fresh way of thinking about libraries that will challenge and enrich ALA’s business development strategies going forward. When I look at ALA, I see an extraordinary opportunity, and I wanted to be surrounded by a group of people who I could rely on to push our business model and my own leadership forward.”

An initiative originally conceived by former ALA President Jim Neal (2017–2018) to support ALA’s investigation of new business models, the Business Advisory Group was reconstituted in late 2020 by Hall to support the launch and stated goals of the Association’s developing strategic plan and to bring innovative approaches and powerful networks to the table for the Association’s benefit and that of the wider LIS sector and the general public.

Advisory Group members have agreed to serve terms of 12 to 24 months and are charged with the exploration and advisement on strategies related to ALA’s new business development.

Under Hall’s leadership, ALA will move to double its three traditional revenue streams (Conference Services, Membership, and Publishing) to six (with the addition of Continuing Education, Contributed Revenue, and Data Research and Design).

For full biographies and photos of the advisory group members, please visit https://bit.ly/38JObsg . 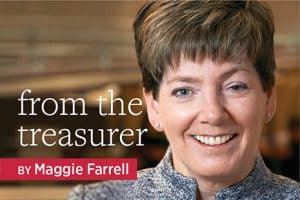 During a year of unexpected challenges, our commitment remains strong