ALA First-Timer: Going to the Movies

Coming from a small town with just one movie theater (showing only commercially predictable films), I was especially excited to check out the “Now Showing @ ALA” series.

Saturday’s viewing of Defiant Requiem was high on my list since my book club has read several Holocaust fiction titles in the past few years. Alyson Richman’s The Lost Wife was one such title, with discussion spent long past our book club time as we talked about the plot twists that included new information on the Terezín camp in the Czech Republic. Similarly, Defiant Requiem did not disappoint.

This documentary, narrated by actor Bebe Neuwirth, shares the gift of Czech composer Rafael Schächter and his fellow community of artists, lecturers, and musicians who were held by the Nazis in the 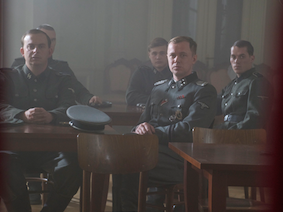 Theresienstadt concentration camp in Terezín. Celebrating knowledge and the arts at a time of severe persecution, prisoners of Terezín chose to study and perform after long days of cripplingly hard labor, lack of food, and separation from family members.

While the documentary was stunning, it was producer Murry Sidlin’s discussion that made the ALA experience. Sidlin’s opening and closing points illuminated the film by providing updates on survivors featured in the story (all still living) and efforts of the Defiant Requiem Foundation to support “inspiration of why we study … learn,” he said, even when presented with challenges to our survival.

As he pointed out for the librarians in attendance, of the 2,300 lectures that the prisoner-scholars gave during their detention, the lectures most often given were on literature. Books would’ve been too heavy to carry in the 55-kilogram weight limit for luggage coming into the camp but not too heavy to share with others through the Terezín lecture circuit.

Libraries offer an ideal place to screen this film, and Sidlin gave fair-use permission for just this purpose during the screening. If you missed this event, check the Defiant Requiem website for information on screening and educational connections. 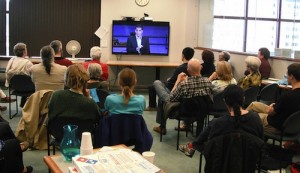 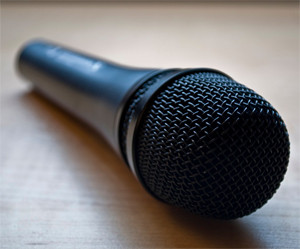