After moderator Ness Shortley went through the four pages of the nomination list, she asked participants to come to the podium if they had any feedback about the titles. The teens were not shy: making lines of 10 or more, they discussed the ins and outs of why they did, or did not, think a particular title should be on the list.

They gave bitingly honest reviews. While one teen raved about a title, the participant that followed put it down. They had no problem telling the audience that the book’s ending was boring or that the characters needed more development, all the while backing it up.

In some instances, they pointed out writing flaws, saying that the author wrote the whole book and then decided to add an LGBT+ character, and then went back and added a few scenes in, making the character and the book seem less authentic as a whole.

The teens were incredibly intelligent and well spoken. One teen even said that she read the first two pages of one of the nominated titles at her school library, and then went home that night and bought the book. 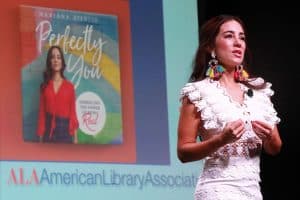 ALA Statement on SCOTUS Census Ruling