BiblioCommons, a Toronto-based company providing a suite of applications and interfaces for public libraries, has been acquired by Volaris Group, one of six operating companies of Constellation Software Inc. BiblioCommons has become established as a major force in the public library sector, and its products have been implemented by an impressive list of libraries and consortia in the US, Canada, Australia, and New Zealand.

The transaction marks a departure from its status as a founder-owned company. Though BiblioCommons will continue to operate independently, it now falls under the ownership of a large multinational technology firm managing a diverse portfolio of technology and software companies. But unlike general private equity firms, Constellation has never sold the companies it acquires.

Given Constellation’s approach in retaining the companies it buys, it acquires only those with strong prospects. Constellation invests in businesses offering software and services for specific vertical markets. Its portfolio companies usually retain their management teams and other personnel, though with oversight regarding financial performance. These companies also benefit from access to capital and other resources to fulfill development initiatives or to expand marketing reach. This approach focuses on long-term success rather than short-term financial returns.

This ownership model differs from private equity investments, which usually involve limited terms of ownership. Many private equity acquisitions are leveraged buyouts backed by loans from investment banks that must be repaid by the acquired company. The long-term commitment implied in Constellation’s acquisition strategy can be taken as a positive indicator of BiblioCommons’ current position in the industry and its potential for growth.

The acquisition does not disrupt BiblioCommons’ commercial independence relative to other companies offering integrated library system (ILS) software. Its products have been implemented by libraries using many different ILSes. BiblioCore has been implemented with ILS products from SirsiDynix (Symphony and Horizon) and Ex Libris (Polaris, Sierra, Millennium), Carl•X from The Library Corporation, and the open source Evergreen ILS. Although ILS companies would prefer that libraries use the catalogs or discovery interfaces they offer, they would be even less favorable to having their customers use patron-facing services from a direct competitor.

Constellation Software Inc. was founded in 1995 and has been a publicly traded company since May 2006. Based in Toronto, Constellation holds a diverse portfolio of companies conducting business in more than 100 countries with combined revenues exceeding $3 billion and more than 18,000 employees.

Details of the acquisition

BiblioCommons was previously privately owned primarily by cofounders Beth Jefferson and Patrick Kennedy. Jefferson and Kennedy will leave the company. Matt Goddard has been appointed the new general manager, and cofounder Marty Tarle will keep his role as vice president for engineering. BiblioCommons currently has 79 employees.

New York Public Library (NYPL) also held a minority stake in BiblioCommons. Constellation has now acquired those shares and those of other minority investors. NYPL had a complex relationship with BiblioCommons. It became one of the largest institutions to adopt the product, migrating from its Encore discovery interface to BiblioCore in September 2011. At that time, NYPL invested around $1 million in the company in support of future development. In October 2015, NYPL discontinued its use of BiblioCore and reverted to Encore and other interfaces it developed locally.

BiblioCommons was established in 2007. It specializes in applications designed for public library patrons delivered via software as a service. Its products rely on current concepts of user experience, incorporating social interactions and other features that users expect from web-based services. Cofounder Jefferson had earlier experimented with reader-engagement projects, including reading discussion groups conducted through an online community system in the Rose Avenue Public School in Toronto and the Perfink Project at Toronto Public Library designed to get teens reading. The company’s initial product, BiblioCore, applied the concepts from her earlier research to create a cutting-edge discovery and access interface for public libraries.

Some of the initial funding for the development of BiblioCommons came from provincial libraries in Canada. The Alberta Library consortium, Ontario Library Association, and the Libraries Branch of the British Columbia provincial government each contributed $50,000 toward development of the prototype into a production platform.

Another flavor of consolidation

Although BiblioCommons is not being merged into another company, it now comes under joint ownership with other businesses in the library technology industry. Within Volaris Group, BiblioCommons joins SoftLink International and Prima Informática, both midsized companies offering ILSes and related products. Through its Harris Computers operating group, Constellation also owns Jaywil Software Development and the ResourceMate ILS for small libraries.

SoftLink was founded in 1983 and has developed several generations of library automation software, beginning with its initial offering, ALARM. OASIS—branded as Alice in Europe and Annie in the United States—was launched in 1988. In the mid-1990s, development shifted to its web-based products, Oliver and Liberty.

Although SoftLink has a modest presence in the US, it has gained a substantial portion of the market for school libraries in Australia and has a strong presence in many countries in Europe and other regions.

Prima Informática. Prima, founded in 1993, was acquired by Volaris Group in 2018. The company’s core products include the SophiA library automation system widely used in Brazil and Philos for school libraries. Although Prima does not have a presence in the US, it is a midsized library technology company for Portuguese- and Spanish-speaking countries. The company has about 140 employees and its products are used in more than 3,500 institutions globally.

The transition from ownership and management by its founders to ownership by Volaris Group marks a new chapter for BiblioCommons. In most ways, this move should have minimal impact on the libraries currently relying on its products. The company will operate independently, and its support services and development agenda will remain in place. The departure of Jefferson and Kennedy will naturally be felt, given their visionary entrepreneurship that led to the success of the company. We will be curious to see if partnerships develop among the companies that now reside within the group’s Library Management section and if the company makes additional acquisitions.

Public libraries need technology more than ever to support their customer-facing services and strengthen their marketing efforts. BiblioCommons should continue to have strong prospects. It will be interesting to watch the progress of the company as it moves forward within its new corporate family.

MARSHALL BREEDING is an independent consultant, speaker, and author. He writes and edits the popular website Library Technology Guides. This is an excerpt from the March 2020 issue of Smart Libraries Newsletter (vol. 40, no. 3), which will be available in early March. For more information about Smart Libraries Newsletter, see journals.ala.org/sln. 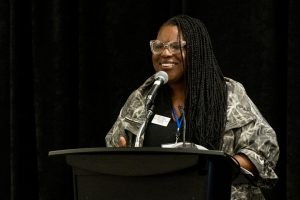 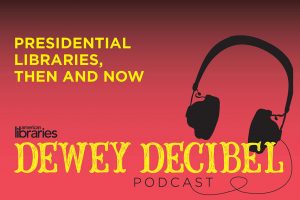 Episode 47 looks at the evolution of presidential libraries