Celebrate black history with these adult and youth titles

Need to refresh your Black History Month offerings? Here are some graphic novels, both fiction and nonfiction, that address Black History in dynamic, engaging ways.

Darkroom: A Memoir in Black and White

Perry County, Alabama, was a hotbed of segregationist strength into the early 1960s, and after Weaver’s Argentine family settled there, her father took his camera to the street and captured scenes from protest marches. The graphic-novel format Weaver chose for this memoir is fitting and absorbing, with soft pencil images that show her changing perceptions of race and visual evidence of the violence that her father was not permitted to record.

Brooks (World War Z, 2006) makes a U-turn from zombies with this fictionalized account of the famous all-black 369th Infantry. We follow our diverse bunch from enlistment to training to the hell of France, where they fight through inhumane conditions with the utmost valor, and for what? Prejudice and humiliation at every turn. “They would rather see white Germans,” says one soldier, “instead of black Americans march in triumph up Fifth Avenue.” White’s appropriately cluttered art has the horrific shock value of EC Comics classics like Frontline Combat and Two-Fisted Tales.

As a light-skinned African American growing up in a predominantly dark-skinned neighborhood, Johnson was electrified when he learned about the early exploits of Walter White, executive secretary of the NAACP, 1931–1955. In 1919, White used his own pale skin to pass for a white and investigate lynchings in the Deep South. Inspired by White’s experiences, Johnson tells the similar story of Harlem journalist Zane Pinchback, whose own eyewitness reports of lynchings are regularly written up in a New York periodical under the byline Incognegro.

Both evocative and factually rich, this presentation of the career of Martin Luther King Jr. shows the man on an authentic world stage and as a leader who learned from his travels to both India and Africa. The graphic layout intersperses black pages in which King’s quotes are set in large white type with bright pages tracing his education as a preacher, his entry into the nascent civil rights fray, and his ascendancy to martyrdom. A standout, both as a distinctive graphic narrative that combines storytelling traditions and as an examination of King’s life and its enduring legacy.

As the students of Texas Southern University gear up for a demonstration involving Stokely Carmichael’s Student Nonviolent Coordinating Committee, smaller satellite confrontations around town hint at the violence to come. Powell is one of the finest young cartoonists around, and his artwork—with full-bodied figures, a loose compositional style, and inky black-and-white tones—unflinchingly mines the drama of both petty slashes of racism and larger instances of civil unrest. 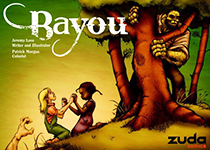 At the outset of this powerhouse historical fantasy comic, Lee’s white friend Lily is snatched and swallowed whole by a dimwitted giant from the bog. In many ways Bayou is to Alice in Wonderland what O Brother, Where Art Thou? is to The Odyssey, as Love combines southern lore and African folktales to create a dark, haunting otherworld that Lee ventures into, but it’s the fact-based atrocities depicted throughout that are far more chilling than any of the fantastical horrors Lee encounters.

A freed slave, cattle driver, master horseman, and, indeed, crack shot, Love adventured through many harrowing experiences and into contact with many other notables of the era, including Buffalo Bill Cody, Bat Masterson, and Billy the Kid. The writing makes little use of hyperbole, allowing the natural drama of horse-roping contests, a kidnapping by a Native American tribe, and driving cattle through a fierce lightning storm to hold readers’ attention.

Telling parallel biographies of Lincoln and Douglass, Zimmerman highlights the similarity of their trajectories without sugarcoating their shortcomings. While familiar stories about both men are included, the focus remains squarely on each man’s stance on the question of slavery, keeping the narrative sharp and effective. The monochromatic colors—blue for Douglass and brown for Lincoln—merge into full color only when the two men are together, making the dual stories even easier to follow.

After a kicker set on the Edmund Pettus Bridge in Selma, Alabama, on March 7, 1965, the story samples Lewis’s past via his reminiscences for two schoolboys and their mother, who’ve shown up early at his office on the day of President Obama’s inauguration, a milestone day for African Americans. Powell is at his dazzling best throughout, inflecting each dynamic scene with appropriate drama. A review of March: Book Two, released in January, will be published in the March 1 issue of Booklist, along with an interview with Rep. Lewis, Aydin, and Powell.

Robert Sandifer—nicknamed “Yummy” thanks to his sweet tooth—was born in 1984 on the South Side of Chicago. In 1994, he was a poster child for the hopeless existence of kids who grow up on urban streets, both victims and victimizers, shaped by the gang life that gives them a sense of power. Neri’s graphic-novel account, taken from several sources and embellished with the narration of a fictional classmate of Yummy’s, is a harrowing portrait that is no less effective given its tragic familiarity. The facts are laid out, the suppositions plausible, and Yummy will earn both the reader’s livid rage and deep sympathy, even as the social structure that created him is cast, once again, as America’s undeniable shame.

SARAH HUNTER is associate editor at Booklist. She edits the graphic novels section of the magazine. 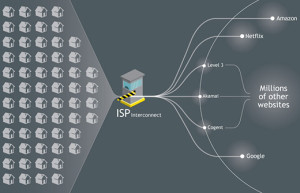 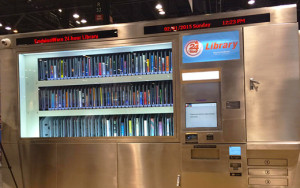