One of the largest areas at CES, and easily the most impressive, is the Central Hall where major TV manufacturers set up their most compelling displays for people to ogle. This year, pretty much every TV in the place was a 4K or UHD (Ultra High Def) model. While it doesn’t seem that long ago that we shifted from standard definition broadcast to high definition broadcast, this next jump is going to affect us not in the living room, but in our offices and in how we can provide service to our patrons.

Video distributed at 4K is four times the resolution of the highest current broadcast standard of 1080p, which means that when you stream in 4K you’re trying to move around 4096 x 2160 images at better than 24 of them per second. This is serious bandwidth, and if you want to see how well the computer on your desk is likely to react to this, give one of the few 4K videos a try. When you do, make sure you have your resolution all the way up to 4K, and just see how well your computer and internet connection deals with it. Now imagine your patrons doing that on all of your computers sometime in the next 2-3 years, and you can see why this is going to be an issue for libraries. Our internet connections need to be much, much faster before we can deal with this video onslaught, but that isn’t stopping the standard from emerging and gaining strength.

Netflix has already announced that it will soon be producing and streaming shows in 4K, and the next season of House of Cards has already been shot in 4K, ready for distribution. As other content gets created, it’s a good bet it will be in 4K as well. And what about storage? If we have native 4K content, we’ll want to digitally archive it as close to that quality as possible, which will require a massive amount of space.

We will need to start thinking about upgrading our equipment as well, given that computer monitors will soon follow TV’s lead. Dell, Asus, and Sharp announced that they have 4K computer monitors coming in 2014 at prices that are currently prohibitive for large rollouts, but should drop quickly. Libraries that produce many videos, either for instruction or promotional materials, will need to invest in production equipment to take advantage of the higher resolution.

And there are more issues related to storage and file management. Even though digital storage prices continue to dive, when you start producing 30 gigabytes per hour of content, your storage needs will escalate. Between managing files of this size, maintaining bandwidth at this level, and upgrading our own equipment to handle it, this won’t be a quick shift. Rest assured, the move to 4K is coming, and within the next few years we’ll all be staring at many more pixels–whether we’re ready to handle them or not. 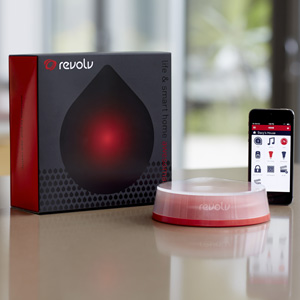