The library has contracted with the Toronto-based tech company BiblioCommons to develop and run the website. The BiblioCommons platform allows patrons not only to have a more interactive experience with other CPL users by way of comments and reviews, but also with the patrons of other library systems that also use BiblioCommons, such as in New York, Boston, and Seattle. The project is funded for the next three years by the Chicago Public Library Foundation, according to CPL Commissioner Brian Bannon.

“I have a strong bias that libraries are good at lots of things, but development, in terms of coding and engineering at the level that is required to keep pace…is changing,” Bannon tells American Libraries. “I don’t think our industry is really set up to keep pace and to stay ahead of pace.”

Bannon says the BiblioCommons platform sits atop CPL’s integrated library system to provide a “really great customer experience around our content.” The new website, which was launched in beta mode in November with a full launch expected in early 2014, allows CPL’s 1.1 million monthly users to review content, and create lists and share them with friends and colleagues. It also includes a calendar feature that connects patrons with author talks and other events at the library. The new website will also feature streaming media, such as movies, television shows, and music, as well as thousands of downloadable magazines.

Bannon says that, much like the Amazon experience, when patrons review a book or create a list on the new CPL site they are sharing them with the entire BiblioCommons community. “Part of what makes Amazon such a robust system is that they have this global network of people who are constantly reviewing and engaging their products. So as a customer on Amazon I benefit from people engaging online about the success they’re having with the product.”

That creates the opportunity for niche areas of interest to flourish, he says. “So these niche areas where you maybe have three, four, five, 10 people in Chicago who are really interested—you multiply that by a couple of cities and all of a sudden you have this nice group of people who are all interested in the same area.”

Beth Jefferson, co-founder of BiblioCommons, says that the company serves more than 4 million unique users viewing roughly 110 million pages a month and not just in the US. She says BiblioCommons also serves patrons in New Zealand, Vancouver, Australia, and elsewhere. The CPL project required a substantial reworking of the system’s technological architecture, she says, calling it “the next generation of library websites.”

BiblioCommons began researching patrons’ use of the CPL website in March, only to find that the vast majority of it was not utilized, even by regular online patrons.

“We found that patrons click on very few things [on the website] other than My Account and the search box,” Jefferson says, noting that many were unaware of ebooks and online music available through the library’s existing website. “That means the library has all these resources and if you sit down one-on-one with people, there are all these things that they never heard of.” 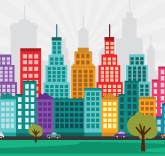 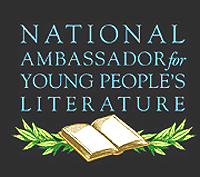