After an extended debate on a resolution on prayer in ALA meetings (CD#44), the resolution passed, 70–64. The resolution states: “The American Library Association, as a secular institution in a country that is increasingly diverse religiously, refrains from having public prayers during its meetings. Moments of silence may be observed during meetings.”

In other actions, Council passed several motions recommended in committee reports. From the Committee on Organization: reducing the size of the Scholarships and Study Grants Committee from 11 to 7 (CD#27.1) and replacing a committee update form with a semi-annual report (CD#27.2). From  the Policy Monitoring Committee: incorporating into the Policy Manual Council actions from 2011 and 2013, respectively, regarding protecting library user confidentiality (CD#17.1) and guidelines for preparing Council resolutions (CD#17.2). From the Constitution and Bylaws Committee, a few editorial changes in the bylaws—removing the reference to a printed directory and adding round tables into a reference about filling vacancies on an interim basis (CD#25).

A resolution on Library Service to the Community in a Disaster passed (CD#41 rev.), but a resolution on divestment of holdings in fossil fuel companies and libraries’ role in a peaceful transition to a fossil fuel economy failed (CD#42). 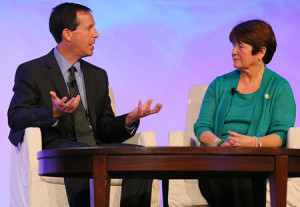 The Digital Public Library of America: Portal and Platform

Dan Cohen of the DPLA describes the future of the project 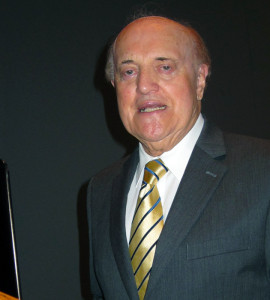 Peter Arnett and the Preservation of the AP Archives