One of the true highlights of the conference has been the LITA Challenges of Gender Issues in Technology Librarianship session. This panel took a look at discrimination towards women in the library technology field.

An inherent problem with a panel like this is that most of the attendees are already familiar with the issues and agree with the overall premise that yes, there is gender discrimination in library technology. However, panel organizer Andromeda Yelton did a fantastic job of selecting a diverse panel of participants: There was a balanced representation of people of color, sexual orientation, gender presentation, and ability. Beyond simply telling individual anecdotes about discrimination in the workplace, the panel was able to get down to the nuances of bias and how other types of discrimination (racial, sexual orientation, or ability-based) intersects with sexism.

One point that stuck with me was when Andromeda was describing how, despite being in a field dominated by women, when she engages in the two things she really likes, technology and leadership, there are less and less people in the room who look like her. Cecily Walker responded and pointed out that as a librarian of color, she rarely sees people who look like her in any aspect of the field. Another panelist complained that she gets upset when her colleagues make assumptions about her marriage status and refer to her as Missus instead of Ms. A queer woman on the panel (who had earlier addressed her more masculine appearance) responded that instead of being called Missus, she is often addressed as Mister.

The panel suggested some action items for making the workspace a safer and more inclusive environment. Library leaders can create a more diverse workforce by intentionally trying to hire from those communities not already represented on their staff; rank and file workers who end up on search committees can actively address discrimination in the hiring process and enforce fair and unbiased evaluations of candidates, and all library staff can advocate for those who can't do it for themselves.

This session was very well-attended and it was clear that many ALA members identify with this topic and wish to address these issues further. The conversation was well-recorded and further enhanced via Twitter. It can be revisited (and continued) using the hashtag #LibTechGender.

LAUREN BRADLEY is systems librarian at the Center for Jewish History in New York. 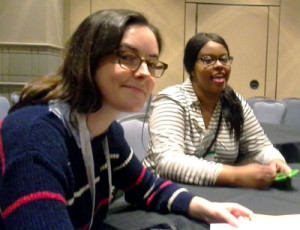 ALA, Networking, and Committees, Oh My! 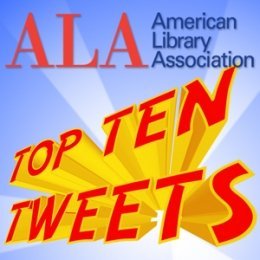