WordNik founder admits to an obsession

The ALCTS President’s Program on Monday morning featured Erin McKean, lexicographer and founder of Wordnik, an online dictionary. She came right out and confessed to being a “data packrat” who keeps her Evernote files and Pinterest boards filled with text and images. “Only someone with as strong a data packrat drive as mine ends up as a lexicographer,” she quipped.

McKean described Wordnik as a resource that not only includes multiple definitions for words, but uses examples from numerous written and online sources. Her philosophy was expressed by 20th-century philosopher Ludwig Wittgenstein, who wrote, “The meaning of a word is its use in the language.” She said that if you rely too much on strict definitions, you wind up like Humpty Dumpty, who thinks a word “means just what I choose it to mean—neither more nor less.”

Wordnik includes billons of words, but collecting them has become both more fun and more frustrating as the amount of online information escalates. “We expect that with more data and better tools, word harvesting is becoming Daft Punk style—harder, better, faster, stronger,” she said. “But it doesn’t work that way.”

Contrasting data packrats with “hoarders,” McKean speculated that packrats are more likely to share their data. “Hoarding is for the greater good so long as you have the basement space,” she said. “Archivists are hoarders with institutional backing.”

McKean encouraged librarians with unique datasets to contact her at feedback@wordnik.com if they suspect a dataset might contain unique words or usage. “No word is too small,” she said. 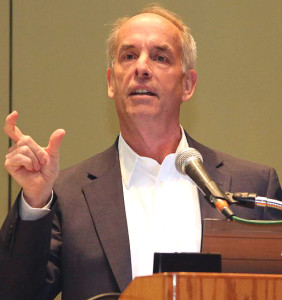 The Myth and the Reality of the Evolving Patron 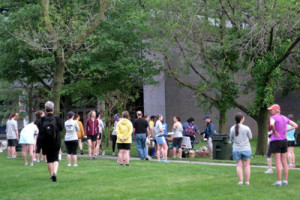