Lance Werner, executive director of Kent (Mich.) District Library and one of 12 inaugural members of the newly formed ALA Policy Corps, admitted he was surprised that he had made a library advocate of a local legislator.

“We were able to get the Tea Party to support our millage increase. That’s probably the first and last time that would happen in Kent County,” he joked to attendees at the United for Libraries President’s Program, “Engaging Elected Officials with Your Library,” at the American Library Association’s Annual Conference and Exhibition in New Orleans on June 23. “We bonded over tacos, of all things,” he added.

Werner was one of four panelists—three Policy Corps members and one state assemblyperson—sharing past successes and best practices with trustees, librarians, and Friends looking to approach and convert politicians to the library cause. His anecdote illustrated the main takeaway of the morning: Relationships are key.

“I would start with the notion that you don’t start a relationship with elected officials the moment you need something,” said Policy Corps member Todd Carpenter, executive director of the National Information Standards Organization in Baltimore. “Start building those relationships sooner rather than later,” he said.

Nicolle Davies, Policy Corps member and executive director of Charleston County (S.C.) Public Library, underscored that point. “Building relationships is a year-round, year-in, year-out activity,” she said. “It has to be genuine and it has to be real.”

Werner encouraged attendees to find those authentic touchpoints with members of their community—not just limited to elected officials—who can advocate on behalf of libraries. “Everybody’s got their fishing,” he said. “You got to understand that your fishing might be quilting. Maybe it’s poker. Maybe it’s golf.”

Resultant of that relationship building, panelists agreed it’s important that elected officials are then physically invited to visit branches in their districts, so they understand what libraries do and can properly advocate for them.

“We are still fighting an antiquated perception of what we do,” said Davies. A common refrain she hears? “‘If all you do is check out books, why do you need more staff and more space?’” Davies welcomes the opportunity to set the record straight by inviting local officials in to see the summer reader program and highlighting the socioeconomic, business, and academic advantages the library creates for its patrons.

Nevada Assemblywoman Shannon Bilbray-Axelrod, herself a trustee for the Las Vegas-Clark County (Nev.) Library District, told attendees that it’s okay to play to politicians’ needs to show off their districts, stroke their egos, and have their photos taken. “People love to see and promote things that are happening in their communities,” she said.

Chief to remember is that “libraries are uniquely bipartisan,” said Carpenter. “You shouldn’t assume the letter after their name is indicative of whether they support libraries.”

Added Werner: “Anything’s possible if you make that effort … You don’t have anything to lose; you only have everything to gain.” 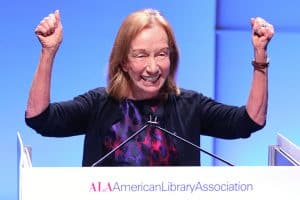 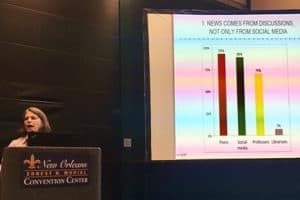