The values of diversity, equity, and inclusion form the foundation of the library profession and our professional associations. Those values have been challenged by the discriminatory enforcement of the “Stand Your Ground” law in Florida and the fact that ALA’s 2016 Annual Conference is scheduled for Orlando. The Executive Committee members of ALA and the BCALA Executive Board have actively engaged in conversation to determine the best solution to this challenging dilemma. That conversation has been extended to the Executive Boards of AILA, APALA, CALA, and REFORMA with a decision to issue a joint statement of commitment and action.

In response to BCALA’s concern regarding holding the ALA Annual Conference in Orlando, Florida, in 2016, the ALA Executive Board thoroughly explored the options for moving the conference. ALA started by clarifying the facts underlying conference site selection, the implications of trying to move the Orlando conference, and the prevalence of Stand Your Ground laws across the United States. The contracts for Orlando were negotiated originally in 2000; the Stand Your Ground law in Florida became effective on October 1, 2005. Cancelling the hotel and convention center contracts would result in a minimum fine of $814,000. Conferences as large as ALA must be scheduled for specific sites and contracts signed at least 7–10 years in advance. At this late date, it would be highly unlikely that ALA would be able to find another site with availability during our window of late June/early July 2016.

Most troubling is the growing prevalence of Stand Your Ground laws. Twenty-two states have laws that allow for that self-defense provision to be asserted (as of August 2013). An additional 21 states have enacted laws that allow for self-defense within one’s home (called Castle Doctrines). However, each state has implemented and applied the Stand Your Ground laws differently, and it is the interpretation and application of the Stand Your Ground Law in the Zimmerman and Dunn cases, as well as the Marissa Alexander case, that has heightened the urgency for discussion and action.

With that information in hand, our ALA’s Executive Committee and BCALA’s Executive Board decided that the best way to respond to the Florida situation is by turning it into an opportunity to educate, build awareness, and advocate for equitable treatment, inclusion, and respect for diversity. We have agreed on the following actions:

Most important to all the ethnic caucuses and ALA is the public and honest conversation that will be generated by our actions. We are committed to building more diversity and inclusion among our members, the field of librarianship, and our communities. We invite all members of AILA, APALA, BCALA, CALA, REFORMA, and ALA to engage with us in moving toward a more just society. 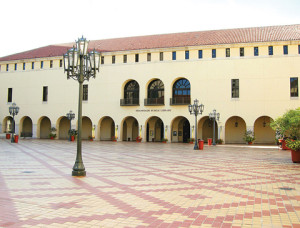 Will a Straw Poll Save Miami-Dade Public Library?