The American Library Association (ALA) and libraries had two great wins on the copyright front in late September—the Marrakesh Treaty Implementation Act and the Music Modernization Act. But we are also facing serious threats, including one focused on the US Copyright Office and Library of Congress.

On September 26, the US Senate held a hearing on the Register of Copyrights Selection and Accountability Act (S. 1010), which passed the House of Representatives in March 2018. One of the two witnesses at this hearing was our copyright counsel Jonathan Band, who also serves as counsel to the Library Copyright Alliance (LCA). This unfortunate and unneeded legislation would remove the hiring authority of the Register of Copyrights from the Librarian of Congress and make it an appointment of the president, which would then require Senate confirmation.

In a sharply worded statement from when the House bill was introduced in March 2017, LCA categorically opposed the bill on multiple grounds, emphasizing that it would politicize the Register’s position to the public’s detriment and inevitably slow the critically needed modernization of the Copyright Office. LCA—composed of ALA, the Association of College and Research Libraries, and the Association of Research Libraries—also called the bill “mystifying” given that, if passed, Congress would voluntarily give up its power to appoint its own copyright advisor and assign it to the president. The bill also grants the president power to fire the appointee at any time.

Librarians are champions for balanced copyright policy that includes both the general public and content creators, which are often one and the same. Neither benefit from this distraction in the midst of a major digital modernization at the Copyright Office, which is making good progress.

The Copyright Office belongs in the Library of Congress. Help stop this bill that would undermine the Librarian of Congress by asking your senators to oppose S. 1010. If one of your senators sits on the Rules and Administration Committee, your call or email could make an enormous impact. If you live in Alabama, California, Illinois, Kansas, Kentucky, Maine, Mississippi, Nebraska, Nevada, New Mexico,  New York, Tennessee, Texas, Vermont, Virginia, or West Virginia, ALA urges you to contact your senator now. Visit ala.org/takeaction to find a sample letter. 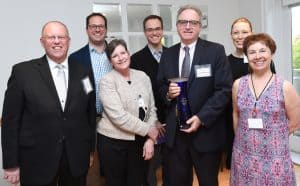 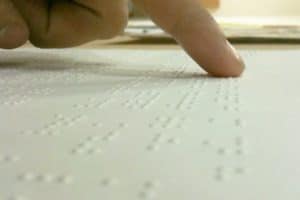 Miracle in Marrakesh Makes It to US