This morning, President Barack Obama signed the Every Student Succeeds Act (ESSA), the first piece of federal legislation in more than 50 years that uses federal funding for effective school library programs. The Washington Office of the American Library Association issued the following statement on District Dispatch:

A major reauthorization bill overhauling K-12 education policy–the Every Student Succeeds Act (ESSA)–has been signed into law by President Obama and in a significant victory for ALA’s decade of advocacy efforts, it includes provisions favorable to libraries.

ALA President Sari Feldman praised all ALA members, crediting their unified, collective, high-impact messages to their Members of Congress for the favorable provisions for school libraries specifically included in the reauthorization legislation.

AASL President Leslie Preddy said, “For school-age students, ESSA represents an historic new chapter in federal support of education, one that will ensure effective school library programs are there to help them learn how to use new technology tools, develop critical thinking, and the reading and research skills essential to achievement in science, math and all other ‘STEM’ fields.”

“School libraries and school librarians are really recognized as critical education partners in this bill,” Feldman said in an Education Week article posted this week.

As noted in a previous District Dispatch article, the new bill authorizes the Innovative Approaches to Literacy program that allows the education secretary to “award grants, contracts, or cooperative agreements, on a competitive basis” to promote literacy programs in low-income areas, including “developing and enhancing effective school library programs.”

As Feldman notes in the Education Week article, “It’s very clear that as libraries are called out by the federal government in this legislation and there’s opportunity to apply for funding around effective school libraries, it will also strengthen state mandates around libraries.”

ESSA replaces No Child Left Behind, the 2002 signature domestic initiative of President George W. Bush that heightened Washington’s role in local classrooms. It sends significant power back to states and local districts while maintaining limited federal oversight of education.

This will move the focus for library advocacy efforts to the local level in coming days, but for now, ALA members deserve to savor the achievement wrought by their long-term efforts. 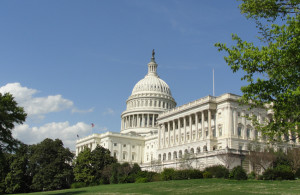 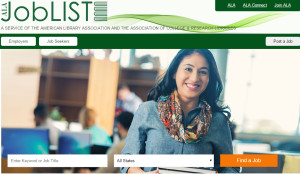