Policy Corps members will attend two training sessions in Washington, D.C. The first is a spring meeting, which will provide a survey of key library advocacy issues, major players in the legislative and policy processes, and the processes of engaging national decision makers and influencers. A second workshop will take place in the fall. Regular conference calls, webinars, and a listserv will keep Corps members connected between meetings.

“Having a diverse Corps of library experts with a multiyear commitment to policy advocacy strengthens our ability to advance equity and inclusion with national decision makers,” said ALA President Loida Garcia-Febo in a January 23 statement. “ALA celebrated significant legislative wins in 2018, but we also encountered serious threats to policies that ensure equitable access to information. The deeper and broader our policy engagement across the country and at all levels of government, the more quickly and successfully we can advance library priorities.”

“We are building the capacity of the library community to develop and sustain strategic advocacy efforts, build relationships, and influence public policy decisions that advance ALA’s national policy agenda,” says ALA Past President Jim Neal, who established the Policy Corps during his presidency and now provides strategic guidance on the initiative. “We have carried out a comprehensive review of the first year of Policy Corps. It was very successful, and we will be strengthening the training provided to the participants based on their input, building a mentoring component, and exploring new opportunities for Corps members to get involved in policy work.” Alderete’s expertise and passion are in providing library services to underserved populations that might not otherwise have access to quality resources. She works not just to fulfill information needs but also to spark the imagination and talents of the members of her community. Alderete says she is excited to be part of the Policy Corps because she has seen firsthand the benefits of advocating on behalf of libraries. 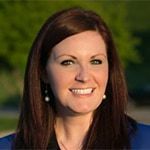 Edwards believes every library user is a potential library advocate, so she focuses on creating outstanding user experiences at her library. Edwards, who has served as legislative monitor for the Tennessee Library Association and chaired the Tennessee Library Legislative Day Committee, is an experienced advocate herself. She now looks forward to bringing these skills to the national stage. 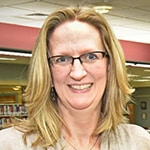 Fisher’s background is in smaller and rural libraries. In 2012 she worked with her state librarian to defend her library’s appropriation under the Library Services and Technology Act at the New Hampshire State House, a process that increased Fisher’s interest in public policy. She is particularly interested in promoting the importance of net neutrality. As a member of the Policy Corps, Fisher hopes to learn new tools for advocating and communicating the value of libraries. 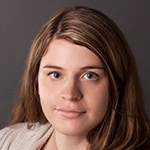 Knapp has deep expertise about E-Rate, the federal program that allows schools and libraries to receive low-cost internet access. E-Rate can be a lifesaver for institutions on a limited budget, and Knapp would like to make sure everyone who can benefit from it does so. In addition to her library experience, Knapp brings a master’s degree in public policy to her work on the Policy Corps. 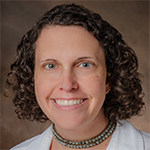 Myers is an expert on copyright and fair use in libraries. She plans to use her time on the Policy Corps to raise awareness about the expertise librarians would bring to discussions of copyright. More broadly, she hopes that her work in the Corps helps her to become a better advocate for libraries and library patrons. 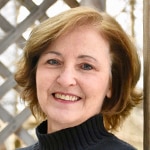 Pellicano teaches information literacy and research skills to more than 1,500 high school students and spent eight years on the board of trustees for a local library district. Both experiences reaffirmed her view that flourishing libraries—which promote equal access to information and support intellectual freedom—are critical to the success of democracy. She says she looks forward to “fighting the good fight” for libraries as a member of the Policy Corps. 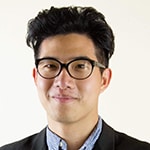 After speaking with 2018 Policy Corps member Candice Mack about her experience, Pun decided to apply. He specializes in information literacy, student engagement, and sustainability and is drawn to the connection between education policy and research. He plans to use his time learning to advocate for the importance of diversity, inclusion, and workplace equity in libraries and the communities they serve. 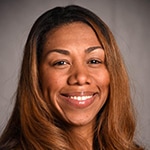 Robinson brings 25 years of library, nonprofit, and business leadership experience to the Policy Corps, and she excels in building strategic partnerships that meet her diverse community’s needs while simultaneously improving the culture of her library. She believes passionately in the importance of libraries in providing equitable information services to everyone. She plans to advocate for the value of librarians to policymakers, with the goal of building and sustaining significant public investment in library work. 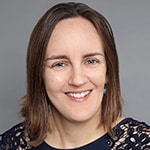 Vantrease has worked in public libraries for more than a decade. She is particularly interested in providing access to quality consumer and mental health resources as well as information to support disaster preparedness. She is already active in library policy at the state level and now looks forward to using her skills nationally. Having seen the impact of grant-funded research projects in local communities, she says one of her Policy Corps goals is to increase the level of Institute of Museum and Library Services funding for US libraries. 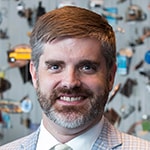 Assistant Director, University of Alabama School of Library and Information Studies in Tuscaloosa

Yates, currently a faculty member at University of Alabama, has also worked in both school and public libraries. He believes passionately in the importance of building equitable school libraries, and he hopes to share what he learns with his students and the larger library community. He hopes to hone his advocacy skills as a member of the Policy Corps while gaining a breadth of knowledge about the various policy issues facing all libraries. 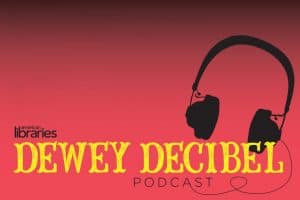