How the FCC’s vote is likely to affect libraries

The Federal Communications Commission (FCC) voted today to begin dissolving Obama-era regulations regarding net neutrality, and reactions from the library community are not positive.

“I see it as a trend that is going to take us backward in time,” says Mike Robinson, professor of library science and head of the systems department at the Consortium Library of the University of Alaska Anchorage. “The internet is supposed to represent a democratization of access to information, and libraries are part of that democratization movement. Getting rid of net neutrality undermines that.”

The American Library Association (ALA) agrees, releasing a May 18 statement from ALA President Julie B. Todaro. “Net neutrality is critical to ensuring open and nondiscriminatory access to information for all, and today’s actions by the FCC endanger that,” the statement reads. “We are at risk of maximizing profits for commercial [internet service providers] and large content providers, while degrading internet access and choice for libraries and ultimately all consumers.”

Specifically, the FCC voted to review rules passed in 2015—rules that prevent internet providers from charging extra to deliver specific content more quickly and from blocking or slowing web sites. Under those rules, broadband services are classified as a utility-like service, similar to electricity or water.

Trump-appointed FCC Chairman Ajit Pai holds that the 2015 rules have not only caused the telecommunications industry to reduce investment in broadband access but have also given regulators excessive control over the internet. He and his fellow Republican on the FCC, Mike O’Rielly, voted for the rules’ review, while Democrat Mignon Clyburn voted against it.

The public will now be able to comment on the FCC’s proposal. When the comment period ends later this year, the agency will create a specific order and vote on it.

Alison Macrina, director of the Library Freedom Project, is not optimistic. “Republican lawmakers have been trying to go after these regulations for some time,” she says.

Assuming that the FCC votes to eliminate the existing rules regarding net neutrality, what is the likely effect on libraries? “Libraries have a lot to lose if net neutrality goes away,” says Marshall Breeding, founder of Library Technology Guides and editor of ALA TechSource’s Smart Libraries newsletter. “If it becomes a pay-to-play environment, where only if you pay at a premium level do you get the fastest access, then libraries can be disadvantaged, because we’re the ones who are least likely to pay premium fees that would ensure that our traffic is delivered in a good way.”

Macrina adds, “Since we serve so many members of the public who are poor, who get most of their internet services through the library already, this is going to further drive that divide. Not only will we be contending with possible slower speeds in our own buildings, but we’ll probably see an influx of patrons who now are even further shut out of high-speed broadband. It’s probably going to increase the need for our services.”

ALA applauds efforts of new group 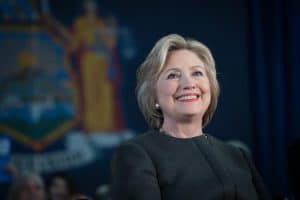 Hillary Rodham Clinton to Speak at ALA Annual Conference