Since her days at Howard University in Washington, D.C., Berry has been a prominent activist on issues related to civil rights, gender equality, and social justice. She began her talk recalling how both King’s life and death has influenced her activism. She was studying law at the University of Michigan at the time King was assassinated, and in the years following, Berry kept in touch with King’s widow, Coretta Scott King, the two of them asking each other as challenges arose, “What would Martin do?”

“Coretta for all those years held up the banner,” Berry said. “In the early years, it was very difficult because the trauma was endless.” But she healed, and “any time there was a cause, Coretta was there.”

King’s 1967 Riverside Church speech, “Beyond Vietnam,” about war and peace, particularly resonated with the young Berry. It was after that speech that she realized she would be antiwar.

And it was what helped push her toward the anti-apartheid movement despite objections from lawyers and friends who said then-President Ronald Reagan’s support of the South African president would surely lead to the arrest of protesters. The day before Thanksgiving 1981, she was arrested protesting at the South African embassy in D.C.

So she called Coretta and asked her to get involved in the Free South Africa movement. “After that, everybody wanted to get arrested,” Berry joked. “She defined for me a lot of what [King] did.”

Berry recounted other peace and social justice movements throughout the years, including “don’t ask, don’t tell,” the Arab Spring, the current refugee crisis, Black Lives Matter, the Voting Rights Act, unemployment, education, the housing and banking crisis, and poverty, among others.

“If you take Econ 101, they teach that capitalism, by definition, requires inequality,” she said. “Capitalism doesn’t take into account the needs of community. Martin wasn’t anticapitalistic; he was a community guy.”

In terms of education, Berry said, “We all thought that after desegregation, everything would be better.” And she was critical of charter schools, which she said gives the perception of school choice and quality education. “Just because a kid goes to a charter school where they wear uniforms, that somehow the school is better? It’s not.”

She said voting is only one step toward achieving justice. “We can use our vote to get what we need,” Berry said. “Politicians want you to vote for them. They don’t want you to hold them accountable. You have to do something. And don’t expect it to stay done.”

She said she tells students all the time: “Somebody has to go through the fire. It’s up to every generation to do that. We have to keep doing [King’s] work.”

Berry asked the audience to commit to doing something every day for the cause of justice—from praying to showing praise for those doing the more active work to feeding the hungry.

This is an excerpt from the presentations at the MLK Holiday Observance and Sunrise Celebration: 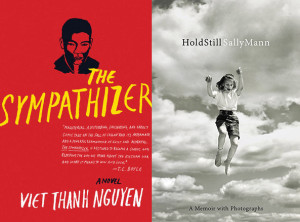 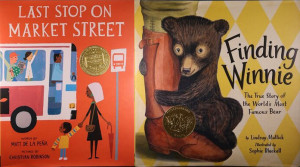 The full list of all the 2016 Youth Media Award winners