The selections were announced January 10 during the RUSA Book and Media Awards Ceremony and Reception that are part of the ALA Midwinter Meeting and Exhibits in Boston.

Viet Thanh Nguyen’s bravura debut novel, The Sympathizer, illuminates the double-mindedness of a half-French, half-Vietnamese spy as he confronts impossible and dire situations in divided, war-torn Vietnam and the polarized US, coalescing into a probing and unsettling tale of political and military failures.

Mann’s Hold Still: A Memoir with Photographs offers a vital, witty, and bracingly honest account of family, a beloved Virginia farm, and the why and how of making art, revealing in the process the deep wellsprings of her poetic and complexly disquieting images.

“Choosing the two winners of the Andrew Carnegie Medals for Excellence in Fiction and Nonfiction is no easy task,” stated Award Chair Nancy Pearl. “The committee reviewed hundreds of titles, and the reward for all our hard work is that we have found two winners—and four other finalists—that readers won’t be able to put down or soon forget.”

This is the first time the Carnegie Medal winner announcements were made during the Midwinter Meeting, reflecting a new calendar for the awards, with the shortlist announced in October, the winners in January, and the popular celebratory event continuing at ALA Annual Conference each year.  During the celebratory event, winning authors will each receive a medal and $5,000. The four finalists will each receive $1,500.

“As libraries transform to advance our legacy supporting literacy and creating a more digitally inclusive society, we find ourselves as partners in learning, exploration and inspiration,” said ALA President Sari Feldman. “Literary prizes such as the Andrew Carnegie Medals for Excellence illustrate how today’s librarians are an invaluable resource for adult readers who are looking for the best of the best in fiction and nonfiction titles.”

The Andrew Carnegie Medals for Excellence in Fiction and Nonfiction were established in 2012 and recognize the best fiction and nonfiction books for adult readers published in the U.S. in the previous year. They are the first single-book awards for adult books given by the ALA and reflect the expert judgment and insight of library professionals who work closely with adult readers.

2016 nonfiction finalists include H is for Hawk by Helen Macdonald, published by Grove Press, an imprint of Grove Atlantic; and The Invention of Nature: Alexander von Humboldt’s New World by Andrea Wulf, published by Alfred A. Knopf, Penguin Random House, LLC.

The Medals are made possible, in part, by a grant from Carnegie Corporation of New York in recognition of Andrew Carnegie’s deep belief in the power of books and learning to change the world, and are cosponsored by Booklist and the Reference and User Services Association (RUSA).

Annotations and more information on the finalists and the awards can be found at http://www.ala.org/carnegieadult. 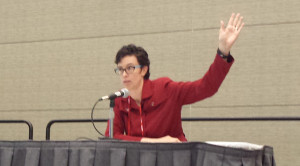 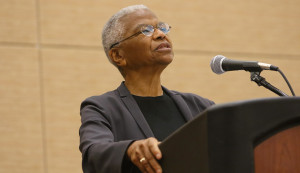