In fall 2019, while doing research on book bans and restrictions in prisons, Katy Ryan, professor of English at West Virginia University and founder of the Appalachian Prison Book Project (APBP), learned that the West Virginia Division of Corrections and Rehabilitation (WVDCR) was introducing a new tablet program. WVDCR had entered into a contract with prison telecommunications giant Global Tel Link (GTL) to provide people in state prisons with tablets at no charge.

Of concern to Ryan and others was the fine print: Tablet users would be charged up to five cents per minute to access most of the tablet content. This included otherwise free public-domain materials, such as books from Project Gutenberg.

Ryan knows that tablets help inmates access educational materials and stay connected with loved ones. “I’m now able to message friends in prison who have tablets,” she says. “After more than 25 years of letters and missed phone calls, it is amazing to be able to email. APBP is trying to be clear that we are not anti-tablet. We are against predatory contracts.” Family members often bear the brunt of overpriced services. One family member in West Virginia told APBP they paid more than $400 in three weeks for tablet usage.

In April, APBP joined PEN America, American Library Association (ALA), and 45 other organizations in calling on GTL and other tablet companies to waive all fees on prison e-readers and tablets for the duration of the COVID-19 pandemic. The coalition’s open letter stressed the impact of extended lockdowns on people’s well-being and that free access to reading materials and communication services would relieve both financial and emotional strain.

So far GTL and Aventiv Technologies, which owns the subsidiary companies Securus Technologies and JPay, have yet to provide books in response to the coalition’s letter but are providing limited free e-messaging as well as free and reduced rates for video chats and phone calls. GTL provides additional services for inmates with COVID-19, and Securus has offered free ebooks on its tablets since November 2019; since then, more than 30,000 titles have been made available to incarcerated individuals at more than 25 states (all those that use ebooks and Securus tablets).

APBP is also concerned that imprisoned people will lose access to free printed books. After tablets were introduced in prisons in Maryland, New York, and Pennsylvania, there were statewide attempts to ban book donations. All those states reversed course in the face of public pressure.

Gregory B. Newby, chief executive and director of Project Gutenberg Literary Archive Foundation, told APBP in early November 2019 he was disappointed to learn that people were being charged to access free digital books. “Despite our current understanding that there is no trademark violation for the Project Gutenberg items being made available to prisoners on a for-fee basis,” he wrote in a public statement, “we would greatly prefer that the items were entirely free for unlimited use and redistribution.”

This kind of arrangement would help make tablets a genuinely valuable resource. Chris Wilson, author of The Master Plan: My Journey from Life in Prison to a Life of Purpose (G. P. Putnam’s Sons, 2019), a book that chronicles his 16 years of imprisonment and his path to becoming a successful entrepreneur and advocate on the outside, wrote in a February 3 USA Today commentary that tablet “initiatives are rapidly becoming more popular, as states grapple with the legacy of four decades of tough-on-crime policies and renewed public calls for more rehabilitative prisons. And it sounds great. Until inmates realize the company charges users every time they use the tablets, including 25 cents a page for emails and 3 cents a minute to read ebooks. By that calculation, most inmates could pay about $15 for each novel or autobiography they attempt to read. To people who have little to no money, that’s not a benefit; that’s exploitation. The only beneficiary, aside from Global Tel Link, is West Virginia, which receives 5% of the profits.”

In response to public criticism of its ebook policy, GTL announced that it will provide a limited number of free books to inmates in West Virginia each quarter, although it did not make public the list of available books.

GTL isn’t alone in profiting from prisoners, Wilson writes: “Exploitation of prisoners for profit is cropping up more and more across the criminal justice landscape. JPay charges inmates to make calls, send emails, and listen to music and audiobooks, although it joined GTL in providing some free services in response to the COVID-19 pandemic. In some states, the Chicago-based Edovo (which stands for Education Over Obstacles) has charged inmates to rent tablets.” JPay expects to make $8.8 million over five years from its prison tablet contract in New York, according to the nonprofit Prison Policy Initiative (PPI). The amount is likely to be lower this year because of limited free services offered due to the pandemic.

In October 2018, Mother Jones reported that GTL offered tablets to 350,000 inmates across the United States. For the same article, a JPay representative told Mother Jones there are more than 160,000 JPay tablets currently in use at facilities nationwide. In November 2019, more than 43,000 tablets were in the hands of New York State inmates.

In December 2019, APBP asked for a meeting with WVDCR Commissioner Betsy Jividen to learn more about the prison library system and to make the case for free books on GTL tablets. When that meeting took place on January 17, everyone agreed that it’s important for inmates to be able to read. But there was no common ground when it came to the GTL contract. WVDCR officials said they were content with GTL and the terms of the contract, but APBP was not.

Ryan says APBP took heart from the new ALA resolution in opposition to charging imprisoned people to read, approved by ALA Council at its Midwinter Meeting, also in January. The resolution cites the West Virginia contract and notes that such pricing is “unfair to imprisoned people who are emergent readers or who have print disabilities like dyslexia or low vision.… [T]hese charges mean that the average cost of reading a single ‘free’ book such as 1984 is close to $20, while imprisoned people’s wages, if any are paid, are less than $1 per day…. [ALA] condemns the existence of for-profit programs that charge incarcerated people for access to reading material, acknowledging such programs only serve to deepen existing inequities barring free access to information for all people.”

In addition to print disability issues and expense, tablet users in prison may experience the effects of digital illiteracy, connectivity problems, and the fact that all usage is carefully monitored by the prison, including titles read and personal messages sent and received on the tablets.

“At the best of times, I cannot imagine reading while being charged per minute,” Ryan says. “If you pause to think or reread a passage, it will cost you. If you want to reread a book, you pay the entire cost again. Access to education, information, and books is vital to personal growth and health. We should be removing barriers. Not charging per minute. We can do so much better.”

ELDON RAY JAMES is an ex-convict who became a librarian after his release. He was retired as a researcher for a private company in Austin, Texas, during the COVID-19 pandemic. In addition to advocating for prison literacy, he serves on the Board of Trustees of the Freedom to Read Foundation. 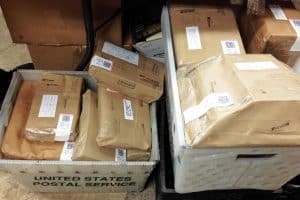 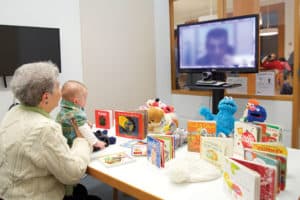 Keeping Inmates on the Outside