From 1841 to 1992, Punch was the world’s most celebrated magazine of humour and satire. From its early years as a campaigner for social justice to its transformation into a national icon, Punch played a central role in the formation of British identity and how the rest of the world saw the British.

In 2014, Gale, part of Cengage Learning, published the Punch Historical Archive, 1841-1992, containing every issue, seasonal special issue, and annual ‘Almanack’ of the magazine. Although best known for its superb cartoons, the biting wit of Punch’s articles deserves wider recognition; full-text searching in the archive will allow researchers and students to explore the magazine in new ways.

For much of its life, the magazine’s articles were written anonymously, or under the guise of faintly ridiculous pseudonyms such as “Vampyre Horseleech” or “An Ancient and Quiet Churchman.” The mocking figure of “Mr. Punch” was mainly the public identity of the magazine, not its contributors. However, in reality, Punch was put together by a tight brotherhood of writers, including many of the most famous names of the 19th and 20th century literary world. 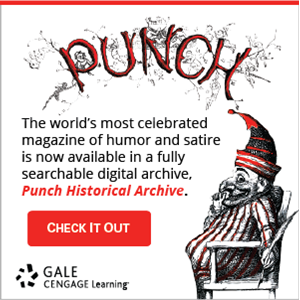 Through a unique collaboration with Liverpool John Moores University, Gale will be able to reveal the authorship of many of the articles for the first time. A team, led by Dr. Clare Horrocks, is painstakingly transcribing the contributor ledgers from 1843-1919, which indicate who wrote what. This data will then be integrated into the Punch Historical Archive, 1841-1992.

Early findings from the project have revealed articles written by William Makepeace Thackeray and P. G. Wodehouse that were previously unattributed. And while Charles Dickens himself never wrote for the magazine, his son Charles Dickens Jr. is known to have contributed a number of articles, which this project expects to uncover. 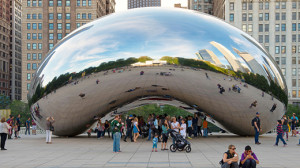 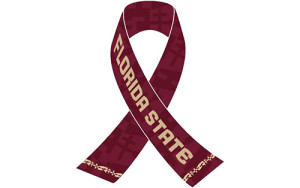