The Aspen Institute Dialogue on Public Libraries announced the release of its vision report, “Rising to the Challenge: Re-Envisioning Public Libraries,” at a New York Public Library (NYPL) event on Oct. 14. The institute calls the document “the culmination of a year-long exploration and examination of the challenges and opportunities facing communities and their public libraries as society moves deeper into the digital era.”

Over the past year, the Dialogue on Public Libraries brought together a 35-member group of library professionals, policymakers, technology experts, philanthropists, educators, and civic leaders to explore, develop, and champion new ways of thinking about public libraries. The Dialogue was created by the Aspen Institute Communications and Society program in partnership with the Bill & Melinda Gates Foundation.

Anthony Marx, president of NYPL, gave the welcoming remarks at the Oct. 14 event and Deborah Jacobs, director of the Global Libraries Program for the Bill & Melinda Gates Foundation, presented introductory remarks. Amy Garmer, director of the Aspen Institute Dialogue on Public Libraries, offered an overview of the program and the report.

“We wanted to look at the changing value proposition of public libraries and their unique value,” Garmer said. “That value lies in three key assets: people, place (physical and virtual), and platform.”

She said that public libraries are already well-situated in building human capital because of the people and experts inside. The physical space of the library offers a rich experience for community members, Garmer explained, adding that there were “tremendous opportunities to offer the same experience in the virtual space as in the physical.”

The platform is the most valuable asset, Garmer said, describing it as a set of resources and tools the library offers to the community that can be programmed in any way users see fit. It cannot be predetermined by those creating it (the library). She cited makerspaces as a prime example. The library makes materials available and sees how the community uses them; now the library can curate that which is created for use by the rest of the community.

In his remarks, Firestone described libraries as a “place of blended knowledge” and said that the 21st-century library will be a center of learning, innovation, and creativity. Dean spoke about how public libraries and school libraries can play a part in a community’s goals and that this has begun in Nashville. He said that the ways in which a library responds to community needs is key to a vibrant community. Libraries provide a role for people to learn from one another, Dean added.

Johnson discussed the new roles of public libraries while Mengestu talked about how authors could serve as facilitators for community life. “Libraries can help make civic identity,” Mengestu said.

The Dialogue on Public Libraries has detailed four strategies for advancing progress toward a new vision for public libraries: (1) Align library services in support of community goals, (2) provide access to content in all formats, (3) ensure long-term sustainability of public libraries, and (4) cultivate leadership. There are also 15 action steps addressed to each of the three main stakeholder groups: library leaders, policymakers, and the community.

At the NYPL event, the Casey Foundation’s Smith spoke about the important role libraries play in helping ensure young children develop appropriate reading skills. A child’s reading level by 3rd grade is a strong indicator of future success in school—including the likelihood that student will graduate high school. “Great librarians are great networkers,” he said.

The Aspen Institute’s Garmer discussed next steps, including the continuing work of the Dialogue on Public Libraries, which will define engagement and discussion around the report.

“The goal of the Dialogue is to create a resource from outside the library field that will support what the library community is already saying and doing to bolster its work," she said.

With the majority of funding for public libraries coming from local sources, Garmer said that recognizing the diversity of challenges that public libraries face at the local level plays a major role in how the project moves forward. The next step would be to develop a blueprint for how communities might move forward so that the Dialogue can provide resources for action.

“It’s challenging to take this vision report and drive the conversation in every community. We want to use the report to start broader conversations,” she said, indicating that a major interest for the Dialogue includes outreach to nontraditional stakeholders like policymakers. “But the most important conversations are at the local level. This isn’t going to be successful unless the library world picks it up.” 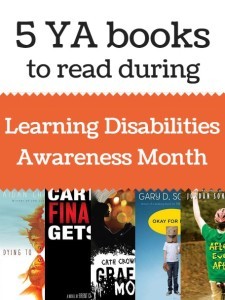