Author and poet Maya Angelou died May 28 at age 86. An activist and library champion, she remains one of the most frequently challenged authors (and authors of color) of the 20th and 21st centuries, according to ALA’s Office for Intellectual Freedom. She appeared at various library-related conferences, including the 1986 ACRL National Conference in Baltimore, the 1991 ALA Annual Conference in Atlanta as the PLA President’s Program speaker, and the 1999 AASL National Conference in Birmingham, Alabama. 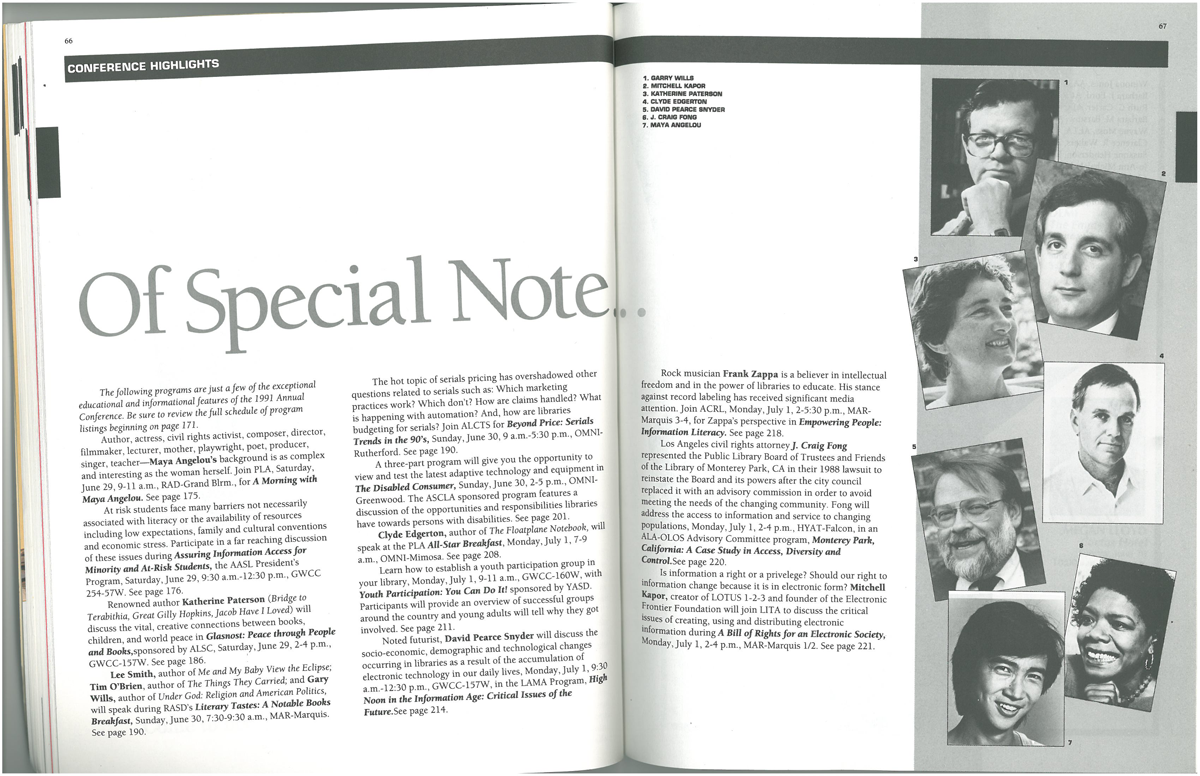 Angelou often spoke about the value of libraries and education in her life. Here are some of her quotes on the subject: 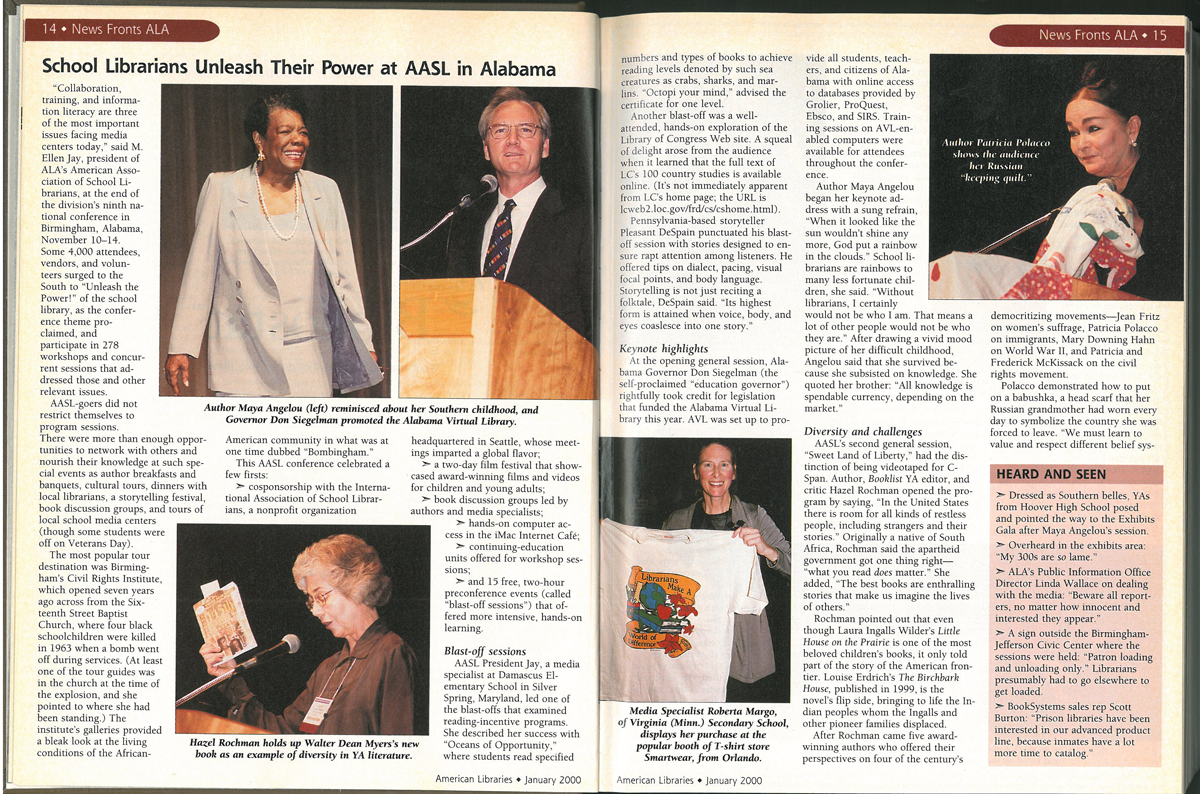 American Libraries reported at the AASL meeting that Angelou compared school librarians to rainbows that shine for many children. “Without librarians, I certainly would not be who I am. That means a lot of other people would not be who they are,” she said. (See the ALA Graphics poster with her quote about knowledge as currency.)

C&RL News reported at the ACRL meeting, Angelou received a standing ovation when she said that librarians, like writers, have a “serious charge to transform this country into something more than it is today—to serve people, not technology.” “The goal, is to be able in dying to say, ‘All my conscious life and energy, all my arts and crafts have been dedicated to the most noble cause in the world: the education and the liberation of the human spirit and mind, beginning with my own.” 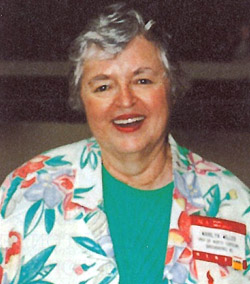 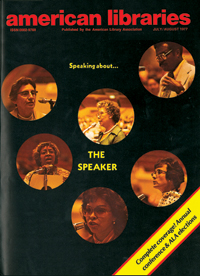 The Speaker Controversy in the 21st Century