The Speaker Controversy in the 21st Century

Controversy consumed the 1977 ALA Annual Conference in Detroit over The Speaker,  a narrative film commissioned by ALA and produced by the Intellectual Freedom Committee (IFC). The film’s story: A student current events committee and a teacher in a small-town high school invite a speaker who theorizes that blacks are genetically inferior to whites. The takeaway: Librarians should be prepared to defend even the most offensive speech in order to uphold the freedom to read and the First Amendment.

The film was shown, followed by a 45-minute discussion. Reactions were decidedly mixed and the debate was bitter. Council member E. J. Josey warned of alienating black ALA members “if you continue to support that goddamned film.” On the other hand, IFC member Ella Yates said, “I can personally accept its release with ALA’s imprimatur affixed with greater pride than I could have accepted a replay of our professional performance in discussion on Sunday evening.”

The Speaker has fractured friendships and professional relationships since that day in Detroit. I was a student at Columbia University’s School of Library Service at the time, and my professors advocated on both sides of the issue. The controversy even made the cover of American Libraries ("The Speaker: Step or Misstep into Filmmaking?", AL, July/Aug. 1977). Recently, I was warned by members who attended that meeting not to bring up the controversy ever again. But some participants and a new generation of librarians want to revisit the film, and they have agreed to discuss it at the 2014 ALA Annual Conference and Exhibition in Las Vegas.

The Black Caucus of the American Library Association, the Library History Round Table, the Association of American Publishers, and the Intellectual Freedom Committee are sponsoring the panel discussion “Speaking About The Speaker” on Monday, June 30. Robert Wedgeworth, ALA Executive Director from 1972 to 1985; Beverly Lynch, professor at the UCLA Graduate School of Education and Information Studies; and Mark McCallon, associate dean of library services at Abilene Christian University, will examine the film, its impact, and the controversy. Julius Jefferson Jr., from the Library of Congress’s Congressional Research Service, will moderate the discussion.

The Speaker will be screened twice before the panel as a part of the Now Showing @ ALA film series at Annual. Watch the film, then join the discussion. Visit ala14.ala.org/node/14032 for screening times.

BARBARA M. JONES is director of the ALA Office for Intellectual Freedom. 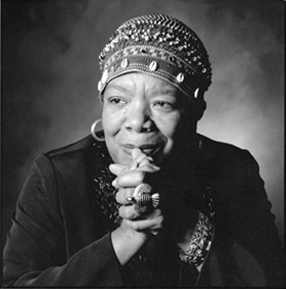 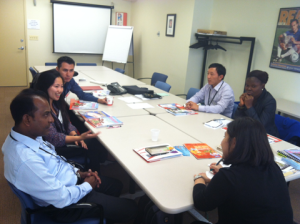