See You in Wrocław!

IFLA WLIC 2016 concludes with awards, addresses, and an invitation to Poland

The 82nd General Conference and Assembly of the International Federation of Library Associations and Institutions (IFLA) World Library Information Congress (WLIC) wrapped Thursday evening at the Greater Columbus Convention Center in Ohio, with awards, addresses, announcements, and a special invitation to join the delegation in Wrocław, Poland, in 2017.

“I’m happy to say I saw action at this meeting and a commitment to positive change,” said IFLA President Donna Scheeder at the Closing Session.

Scheeder renewed her call to action to librarians, to make their field strong by supporting access and opportunity for all. She identified challenges in the cost of resources and keeping information sustainable, and mentioned how libraries can contribute to the United Nations 2030 initiatives.

“What went on here must become a movement,” said Scheeder.

The Library’s Role in Sustainability 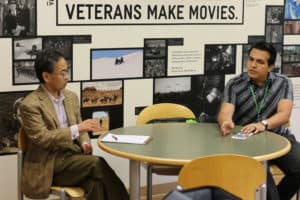