For 23 years Small Press Expo (SPX) has been a forum for independent, international, and self-published comics creators. This year’s expo, held September 16–17 in Bethesda, Maryland, provided opportunities for collection development and advocacy work in libraries, including the annual Ignatz Awards, partnerships with the Library of Congress (LC) and the Comic Book Legal Defense Fund (CBLDF), and its purposefully intimate setting in which creators and fans could converse.

The Ignatz Awards recognize new talent and are a vital collection development tool for identifying indie comics and up-and-coming artists, similar to the Indie Next Picks for literature. Much like other prizes like the Eisner, Harvey, and Doug Wright Awards, the Ignatz Awards can provide a foundation to build and grow expansive, responsive, and diverse graphic novel collections. The committee considered more than 600 submissions in 10 categories this year, and most of the winners were women, people of color, or LGBT comics creators. The Mary Sue posted a full list of all winners—with many comics available to read online for free.

Since 2011 SPX has formally partnered with LC to build a special collection that started with Ignatz winners and has progressed to ephemera from the show—such as posters and prints—and work from a range of creators tabling at SPX. This ensures representation across a spectrum rarely seen in library comics collections and includes self-published works, zines, independent comics, and even webcomics. LC’s Webcomics Web Archive features such notable artists as Ryan North (Dinosaur Comics) and Kate Beaton (Hark! A Vagrant).

SPX focuses on small panels and workshops, which allows for serendipitous discovery of new indie creators and the experience of meeting creators you might know in a more intimate setting. Artists and publishers delivering panels and workshops this year included Jillian Tamaki (Boundless, Drawn and Quarterly, 2017), Annie “Kickass Annie” Koyama (Koyama Press), Gene Luen Yang (National Ambassador for Young People’s Literature), and Tillie Walden (Spinning, First Second, 2017), who showed the audience her sketchbook as part of her spotlight panel.

The impact of these sessions on new talent was best captured by Ananth Hirsh (Ignatz winner with Yuko Ota for Outstanding Collection for Our Cats Are More Famous Than Us: A Johnny Wander Collection, Oni Press, 2017), who described his experience attending SPX as a young fan and having the opportunity to meet Jeff Smith (the Bone series) as a transformative moment when he knew he wanted to go into comics.

CBLDF Executive Director Charles Brownstein presented the lecture “Comics and the Power of Intellectual Freedom” on the history of comic book censorship, which began with the medium’s origins and continues to the present day—This One Summer by Mariko and Jillian Tamaki, for example, headed 2016’s Top Ten Most Challenged Books list from the American Library Association’s Office for Intellectual Freedom.

SPX aims to create an environment in which people can share their talents and talk about their passions. Speaking at a ceremony honoring late cartoonist Ed Siemienkowicz, who died in July, Assistant Executive Director Michael Thomas noted that SPX—and the comics community in general—are about “providing a place for all of us to be our best selves…. I hope that’s something you find here.” The festivities closed with the annual post-Ignatz prom; this year’s theme was pajama party, with cartoonists in pajamas ranging from unicorn onesies to smoking jackets and ascots. 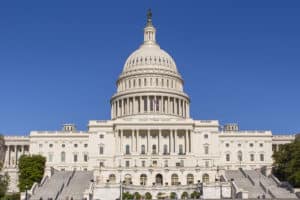 Your Efforts Are Helping to #saveIMLS 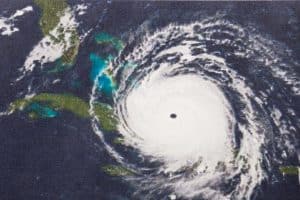