Sunday’s blizzard did not damper the spirits of #alamw15 attendees!

19" of snow. Chicago's 5th-largest blizzard EVER. We'll be telling ALA n00bs about this for decades to come #alamw15 http://t.co/8kynCRiLXF

Just heard that yesterday's #ChicagoBlizzard was in the top 5 all time for 1-day snowfall. kinda proud it didn't bring #alamw15 to a halt

So tired from #alamw15 but it was so worth it. Even the blizzard. I saw kindness, I saw generosity, and I saw diversity honored.

The highly anticipated Youth Media Awards received a lot of attention and even made it to the top three trending topics in the United States!

Calm down, Twitter. What the… Oh, #alamw15 ? Well then. *freaks out and starts throwing stuff in excitement * #alayma

On the ALA Youth Media Awards day a for a whole hour time stands still for me. #alamw15 What a celebration for books and reading!

Really enjoyed the tweets from #alamw15 #alayma this year. Actually getting teary-eyed at my desk.

Today is my Golden Globes/Super Bowl all rolled into one!!! #alamw15 #freakingout

Scott Bonner showed that libraries are places of change and community.

#FergusonPublicLibrary: If you think we did something special, look at your libraries. You would have done it too. #whatlibrariesdo #alamw15

Sage advice from the director of the Ferguson public library, "If you're in the middle of a mess, just be a librarian." #alamw15

"We decided to ask for help rater than turn kids away" – @ScottyBonner #alamw15 SO. EMOTIONAL.

Many attendees said their farewells to Midwinter, reflecting on four days of literary fun, education, and professional development at McCormick …

What's going on? Why is there no long line at the Starbucks? #alamw15

I'd pay extra for #alamw15 registration if we had a free massage area for our poor shoulders and feet. #toomanybooks

Emotionally hungover, that's how I feel. It's been a good and full weekend but I'm ready to curl up with my new books. Thank you #alamw15

Some farewells were premature because of the blizzard, but what are librarians if not resourceful?

When flights are canceled, librarians make plans to drink together. That's how I know I'm in the right profession. #alamw15

The YOLO tree! Where #alatt librarians get their power. #alamw15 Via @mel_gooch pic.twitter.com/FIetFCM7uO

Bus driver is wondering why all the suitcases are extra heavy today…#alamw15 pic.twitter.com/i03wbL032T 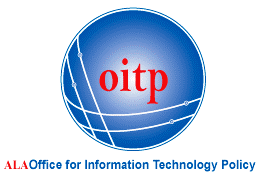