Advocating for school library services is a year-round necessity that becomes particularly pressing as spring approaches. That’s the season when school-district officials make their budget projections for the upcoming academic year, recently resulting in many school library workers receiving a provisional pink slip, issued just in case administrators need to follow through. The FY2015 cycle promises to be a particularly brutal one, according to Marci Merola, director of ALA’s Office for Library Advocacy, who tells American Libraries she bases her observation on the “spike in calls since mid-February.”

Among the school districts are:

Los Angeles Unified School District (LAUSD). An annual weeding of school library staffers has become a sad tradition for LAUSD since the recession began in 2008, leaving about half of the libraries in the district’s 600 elementary and middle schools inaccessible to students because there’s no one credentialed to manage the collection, according to the February 24 Los Angeles Times. The situation has culminated in the California Public Services Association, which represents library aides, filing a fair-labor-practices complaint about parent volunteers running some otherwise-shuttered libraries. A hearing is set for May before the state’s Public Employment Relations Board. In a separate action, school board member and retired LAUSD teacher Mónica Ratliff is spearheading a districtwide Modern Libraries Task Force to examine the problem and develop strategies for strengthening school-library services across LAUSD.

Fayette County (Ky.) Public Schools (FCPS). A preliminary FY2015 budget indicating the elimination of all five school library media specialists in the school system triggered pushback in February by educators and community members. By February 25, Association President Barbara Stripling and Gail Dickinson, president of ALA’s American Association of School Librarians (AASL), were writing FCPS Superintendent Tom Shelton to congratulate him for “taking the time to listen to your community before making the difficult budget choices that lie ahead” and emphasize the positive impact of fully staffed school libraries on student achievement. A public hearing about proposed cuts is scheduled for March 6.

Arlington (Va.) Public Schools. Superintendent Patrick Murphy presented his $539.4 million budget for FY2015 on February 25, which would increase school-system spending 3.1% over FY2014 and provide a cost-of-living hike districtwide. Nonetheless, the proposal would reduce the number of school library assistants and special-education assistants, the February 28 Arlington Sun Gazette reported, even as the district buys tablets for every 2nd-grader and Chromebooks for all 6th-graders, according to the February 27 Washington Post.

In addition to corresponding with the Fayette County Public Schools, Stripling and Dickinson are in communication with officials at LAUSD and Arlington Public Schools at the request of local school-library leaders. “AASL and the ALA Office for Library Advocacy are standing by, ready to assist school libraries in trouble,” Merola says. “Provided that we have the support of state affiliates, we are available to write letters of support, get media exposure, and consult at the local level. Meanwhile, at the national level, we are ramping up efforts to turn the tide for school librarians, via national partnerships with educational associations and publishers and increased public awareness about the unique and indispensable role that school librarians play in students’ lives.”

As part of the national effort, AASL’s Status of Staffing of School Libraries Task Force is conducting a national survey and invites all school librarians to participate. The survey closes March 17. 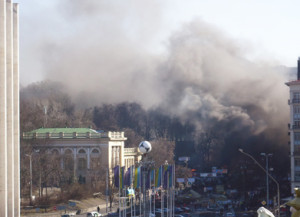 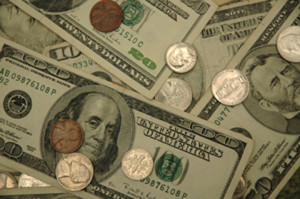