Future Tense panels consider the library of 2100 and beyond

Can you imagine only one universal library in the world by the next century? And what might a librarian’s profile look like—more scientist or content manager?

Those questions and more were examined by two panels of library experts mulling over what libraries might look like in our lifetimes and beyond in a November 11 program sponsored by Future Tense, a partnership of Arizona State University, the New America Foundation, and Slate Magazine. All agreed on one point: Libraries are in the business of serving communities, and while their physical facilities or the size and nature of their collections will change, they will evolve and adapt so they can continue to serve.

While there was no agreement on the number or shape of physical structures that will remain (“Will they look like Starbucks?” one speaker asked), several participants agreed that libraries have served as a place of ideas, of possibilities, of democracy and hope. As technology advances, open access to information—whether you live in rural Arkansas or are a student at Harvard—will be a great equalizer. Whether that access helps to bridge the economic divide remains to be seen.

Reimagining the library for the digital age

Moderated by Justin Peters, an author and correspondent with Slate, the program focused first on how libraries are already transforming in the digital age, with panelists Daniel M. Russell, über tech lead for search quality and user happiness, Google; Richard Reyes-Gavilan, executive director of the Washington, D.C. Public Library; and Deborah Jacobs, director of the Global Libraries Initiative at the Bill & Melinda Gates Foundation.

“Libraries are a great place for people from all walks of life to come together,” Reyes-Gavilan said, underscoring their role in the community, “a welcome and nonthreatening place where people come by their own volition, unlike school or work that impose requirements upon our lives.”

Google’s Russell, a self-described library fan, agreed: “You’re not threatened, it’s free, and you have all types of services provided. What could be better than that?”

But in the digital age, Jacobs said, “libraries have to be where the information is going.” She cited the Boston Public Library, founded in 1852 and with more than 23 million items. The building itself is steeped in history, yet reflecting the digital world, it has just announced plans to open a cafe and a TV station. She recommended staying attune to the changing behavior of library patrons, including digital preferences versus traditional books, depending on what people are requesting.

Reyes-Gavilan agreed that libraries are staying relevant by evolving their space and their services. He said that a high degree of relevant services attracted 4.2 million people to the D.C. libraries in 2014, more than the combined number of people who attended Washington’s professional basketball, hockey, and baseball team games combined. And a library launched in the D.C. jail has close to 5,000 volumes, which the inmates say has made an incredible difference in their lives.

Jacobs said in a time of competing and increasingly scarce resources, it’s essential that people who care about libraries advocate for them more aggressively. She also pointed out we shouldn’t cater to notions of what libraries used to be if the people using them are there for new and different services. She said that also means engaging in how funding for libraries is allocated (“You’re funding libraries and then you’re ignoring them!”).

“As taxpayers, we need to care about how those tax dollars are spent,” Jacobs urged. “A library is a place where people engage in democracy, where ideas and philosophies are exchanged.” And like Russell and Reyes-Gavilan, Jacobs said libraries and library programs must and will rise to the meet the needs of communities.

What is the model for libraries in the year 2100? James O’Donnell, university librarian at Arizona State, sees two possible answers. The first is a universal library, a global digital repository bringing all library collections into one master collection. The second model involves an expansive number of libraries (O’Donnell suggested 3 million), each serving smaller population segments—for example, audiences of 3,000 people.

But could a universal collection really come together? Or could there be forces that prevent such a common digital library, asked Elizabeth Merritt, founding director of the Center for the Future of Museums. She suggested thinking broadly about what a library is or can be and not being confined to the traditional concepts. Resources, she noted, may also dictate what form libraries take and the extent of their collections.

During a reception afterwards held in the spacious new headquarters of the New America Foundation, several attendees worried out loud about such a universal library, given the fractured world we live in.

But Miguel Figueroa, director of the ALA Center for the Future of Libraries, believes there are so many different variables to consider, including the future of information, the future of technology, socioeconomics, cultural and political trends, and how libraries adapt and evolve.

“What we do know,” Figueroa said, “is that libraries have proven over and over again that they can and will adapt to best serve the interests of communities.”

“Books and literacy remain essential to our culture and our history,” he said. “Libraries are moving more toward the community experience, embracing trends to engage the public. But people still like their books in all different formats,” Figueroa said. Libraries, he believes, will look for the unifying ways to best engage and thus to best serve their communities.

Merritt said as the physical structures continue to age, upkeep of our historic libraries and museums in 2100 will be costly. Some of these may go by the wayside unless society really wants to keep them for important historic and cultural reasons.

Figueroa believes libraries are becoming more responsive and less rigid. Historically, libraries prescribed how to think about a library, about books, about fiction versus nonfiction, even about our culture. Likewise, he said, “librarians may need to have access to a much broader range of skills as libraries usurp some of the educational process.”

Referencing the Long Now Foundation, which brings together sociologists, physicists, and computer scientists, among others, to collaboratively discuss and plan for the future society of the 21st century and beyond, Figueroa expects these broader disciplines will influence and partner with librarians in shaping the library of the future.

As the event concluded, O’Donnell volunteered that libraries have “a fabulous brand” that must be leveraged.

“We’re not pushing the product adequately. We need to be guerilla marketers so consumers start to see the value that libraries deliver,” he warned. “And we need to stay flexible and responsive to the community. By directing their personal exploration, we can help shape the future of libraries.” 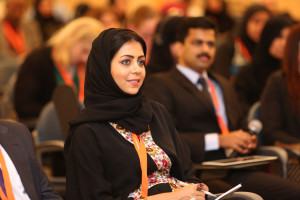 AASL, ALA applaud the addition of school libraries to Every Student Succeeds Act