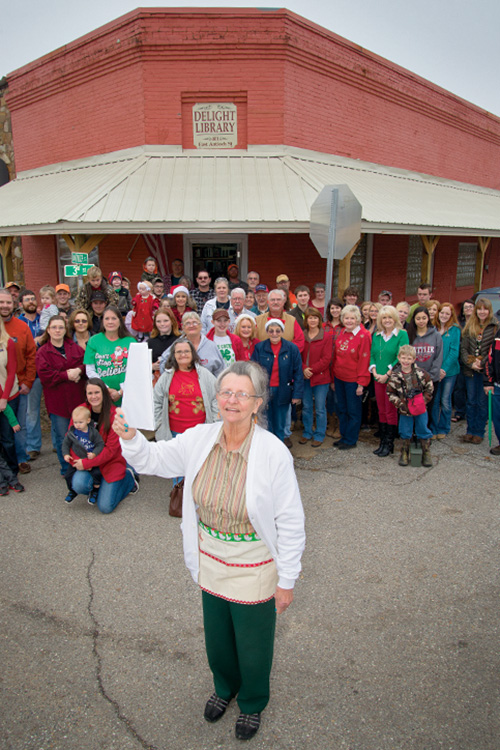 Delight, Arkansas, probably best known as the boyhood home of singer Glen Campbell, boasts a one-room library that serves five towns in Pike County. When then–ALA President Barbara Stripling and Ruth Hyatt of the Arkansas State Library asked individuals to sign a Declaration for the Right to Libraries, Delight Library’s sole librarian, Ginny Evans, answered the call. On February 14, 2014, she hosted a party, and 85 patrons signed the declaration. While it might not be the most signatures on any declaration, the number was significant, as the town’s population was just 279 in the 2010 census.

Evans loves involvement with the community. “We don’t have an arts council, we don’t have a chamber of commerce, we have little Delight library.”

The declaration signing party was so successful, Evans told Stripling that she plans to repeat it “for at least another 15 years” when she’ll be ready to retire. She’s 73.