As the transformation of libraries continues, it follows that the physical structure would have to transform as well to support changes in services, missions, and audiences. The 2012 Library Design Showcase highlights the best in new and newly renovated library buildings, divided into sections that each focus on one architectural aspect. Sections will be posted every weekday from March 8 through March 14.

Youth Spaces
Kids are one of the core audiences for many libraries. Spaces serving them are wildly diverse, both in form and in function—a pre-kindergartner has very different needs from a teenager. Following are several outstanding spaces for young patrons.

The Outdoor Library
A library’s building is important, but its exterior can be as well. Many libraries have found ways to integrate the outdoors into their regular services. The following libraries have all found ways to give their patrons the opportunity to enjoy the library and the fresh air at the same time.

Technology Enabled
Librarians know that technology is as much a part of the modern library as books are. The following facilities have incorporated technology into their construction projects in innovative ways.

Reuse and Restoration
It’s not always feasible to update an existing building for use as a library rather than constructing new, but when it is possible it has the potential to save money, reduce environmental impact, and preserve pieces of local history. The following libraries have all successfully transformed existing spaces—some libraries, some not—to suit current and coming needs.

Service Flexibility
Library needs change as service populations shift, technology marches on, and ideas for new services blossom. These changes can happen over years, but they can also happen day-to-day as patrons seek a venue to serve their needs of the moment. The following buildings have built-in flexibility to adapt to what their patrons require.

Building for Accessibility
Ensuring that all people can use a library regardless of age, background, or physical ability is one of the profession’s central tenets. These projects have put special effort into making sure that the finished building is accessible to all.

Super Schools
With the success of the recent White House petition on school libraries, the American public has asserted its support for this vital aspect of childhood education. The following schools have demonstrated their understanding of the centrality of their libraries by creating spaces that support 21st-century learning.

Green Facilities
Green construction has been a growing trend for several years. Daylighting, green roofs, solar panels, water management, and certification under the United States Green Building Council’s Leadership in Energy and Environmental Design (LEED) continue to gain popularity. The following libraries are each notable for their sustainability features.

Small Projects, Big Impact
Perhaps it’s a reflection of the economic times, or perhaps it’s just an example of librarian ingenuity stretching always-scarce dollars, but a significant number of submissions this year were for relatively small projects that provided a light makeover to an existing library or carved out a zone to target some specific need. This section of the Library Design Showcase includes projects with a price tag of under $1 million that have a big benefit to their libraries.

Finding Your Way
Helping people navigate their way through a new library is an important design consideration. The following libraries use a variety of methods, both subtle and overt, to help patrons know where they are and where they want to go.

Collaborative Learning
It’s hardly news anymore: The library is no longer a place for (just) solitary silence. The following facilities have made a special effort to provide space for cooperation and collaboration, while still respecting other patrons’ desires for silence.

The Shape of Things
Libraries aren’t just giant boxes with books, and one of the striking things about submissions to the Library Design Showcase this year was the uniqueness of many of the shapes found within the library. For this final section of the Showcase, we highlight some of the distinct forms and patterns used in new and renovated libraries this year. Enjoy! 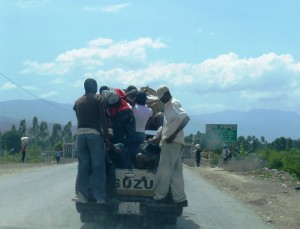