Snow Fall. After several years of hypothetical discussion about the possibilities of transmedia, it took a sportswriter working for a newspaper to demonstrate the power of internet-based publishing. In a single blow, the New York Times reset the bar for interactive online narratives.

Snow Fall: The Avalanche at Tunnel Creek is a gripping story of a mountain disaster in the northwestern United States that claimed the lives of several experienced skiers. Written by New York Times sports reporter John Branch and made available as a “short” for purchase at Byliner (a digital magazine that publishes works that can be read in two hours or less), the story was simultaneously presented as a gripping web-based site with the involvement of the Times’ web development group.

As The Economist’s Lean Back 2.0 blog wrote, “John Branch’s article … has been turned into a beautiful reading experience through the use of a clean layout, interactive maps, inlaid videos, and graphics that move as your scroll. The result is an online reading experience like no other.” The Times’ executive editor, Jill Abramson, wrote a letter to the staff saying, “Rarely have we been able to create a compelling destination outside the homepage that was so engaging in such a short period of time on the web.”

For lovers of books—and, more generally, stories—the future presents a growing cornucopia of representations for how we communicate with others. But they will not be books as we have known them. Like Snow Fall, they will inevitably trend in new directions. When the new journalism project Matter was launched in November 2012, designer Craig Mod quoted its developers, as observing that Matter “isn’t quite a website, it’s not really a magazine, and it’s not exactly a book publisher either.”

Mod’s clean Bauhaus-style aesthetic of “subcompact publishing” has already started to influence new entrants in digital serial publications, such as Maura Magazine, a vehicle for music writer Maura Johnston. They join the prototype of “mini-mag” efforts such as The Magazine, created by Marco Arment, the developer of Instapaper.

In a December 2012 interview with TV host Charlie Rose, publishing pioneer Tim O’Reilly remarked, “I don’t really [care] if literary novels go away.” An English major and literature lover, O’Reilly made his remarks in the context of observing that “no one owes [publishers] continuation of the current players and business model,” and that we will find ways of using the technology we have at hand to tell stories to one another in the most compelling ways we can imagine. Inevitably, much of the old world of print books will be left behind. How quickly this will change, and how much it will matter to readers and authors, are not yet knowable.

Once we started creating tools to make the construction of websites easier, it was only a matter of time before authors and storytellers started to reach for the same tools in their craft. The web bypasses several centuries of slow, plodding innovation in supply chain management focused on moving books from one place to another. More fundamentally, the web eliminates almost every major historical barrier to the selling and distribution of media. There are no trucks; no airplanes; no printing on paper or pressing of CDs, DVDs, or Blu-rays; no tape or film to wind onto reels. No buildings to lease, rent, or buy to warehouse books and music; no clerks to hire; no parking lots to keep paved. All of that is gone.

Traditional publishers find themselves in a new world unlike anything they have encountered before. If, to use an analogy, they were in the automotive industry, it is not as if an upstart suddenly entered the market with a turbine engine more efficient and cost-effective than the gas piston engine, or it was realized that three wheels could be superior to four. This kind of innovation could be met with a response. Rather, it is as if suddenly it was possible to 3D-print personal flying machines, and the plans were being sold on Amazon and available on BitTorrent. That is a level of disruption wholly beyond the event horizon of automotive manufacturers, beyond their ability to competitively respond. And thus is the open web to Random House.

The new generation of publishing is being developed by software engineers and the technologically literate, born of a generation comfortable with the mobile internet, drawn to the challenge of telling stories with browsers and websites. This new publishing ecosystem owes little or nothing to entrenched industry players. The open web is whispering out of the shadows of the future, through stories such as Snow Fall, that trade publishers have lost their lock on how stories are built and shared. Already, academic publishing has seen highly successful start-ups such as F1000, Figshare, Hypothes.is (where I work), PeerJ, PLOS, and many others emerge that work around, instead of with, the existing publishing industry, creating their own greenfield network of partnerships and collaborations.

Dissolving into the web

Current ebook design presumes that all the contents of a work are loaded into a single file package, downloadable to a reading system that might be a smartphone, tablet, or dedicated e-reader. As publishers attempt to integrate more and more features into the ebook (such as audio segments, enhanced maps, or video interviews with the author), book packages threaten to grow to unsupportable levels. More and more often, publishers are confronting the desire to create books that have swollen from 300 KB to 600 MB—files so large they would threaten to overwhelm even a current tablet’s memory with a library as small as a 19th-century homesteader’s.

EPub and Kindle ebooks were never intended to be fully functioning websites, but rather utilized subsets of the web’s markup language in a file format that is divorced from the web’s heritage as server-based information, retrievable by remote client computers. Every ebook is its own broken website, an island unto itself, divorced from the web’s fabric.

In February 2013 the W3C—the web standards organization—held a two-day summit in New York in concert with the Book Industry Study Group and the International Digital Publishing Forum entitled “Ebooks: Great Expectations for Web Standards,” intended to discuss how open web standards such as HTML5, CSS3, SVG, XML, and RDF could be further integrated into ebook production.

The pressure to break the current packaging of books was notable in proposal entries by vendors such as Kobo, which noted this in its abstract (PDF file):

“It is Kobo’s view that having such functionality available only within a single ebook … is not ideal, and that a better solution would be to package each self-contained piece of ancillary content in its own package. The main ebook could then have links to optional auxiliary packages to make use of their features, which provides a number of beneﬁts to all involved.”

Kobo anticipates a near-term future where the current packaging of an ebook is retained in extremis, albeit one with links to external content that enhances the book at the reader’s election. Breaking apart the book in this fashion leads inexorably toward a book in pieces—ultimately, a book that exists in separate components bound together through hypertext links. Ultimately we can envision a book that cannot live comfortably as a central downloaded package with simple supporting outriggers of alternative or enhanced content. Publishing upstarts will design ebooks with features so dependent on web technologies that they can be read only with a full-fledged web-rendering engine—either a consumer browser or one embedded in a reading application.

The publishing platform of the future is the network. The integrity of the book will wind up broken apart as a by-product.

The library as web host

Libraries have been just as reliant as traditional publishers on the “thingness” of books, and whatever Sturm und Drang exists today on the matter of whether libraries can license or purchase ebooks to make them available to their patrons, the longer-term trends about that have far more impact on our understanding of what a library provides.

No library has ever accumulated the sum store of human knowledge. However, the world of printed books dangled the alluring possibility that any knowledge could be purchased at the library’s choosing, and then shared freely with its community. That Eden, rendered digitally, is the same one on which current libraries base their expectations for ebook availability. With apologies to Gandalf and Tolkien, this wistful presumption is a “far green country” that will remain forever obscured by “the grey rain curtain of this world.”

Ebooks of the future will be represented as websites; mini-mags that present serial narratives; and as geo-aware encounters that appear in our augmented reality (AR) glasses as we wander around our cities. These will not be things that libraries buy or license from OverDrive; they won’t get checked out on Kindles; nor will they disappear in two weeks. These will be stories, lessons, and entertainment that cross media thresholds with an alacrity never before seen, and libraries will be able to “collect” such materials only with as much ease as they might collect the web. These materials will not be available for borrowing as we understand that term.

Libraries do subscribe to content, however. Magazines, periodicals of all stripes, databases, and online encyclopedias have all been made available through subscription licenses. To the extent that the stories within our books wind up being represented on the web, some portion of those may be available through subscription. It is not difficult to imagine Byliner or The Atavist making their content available to libraries by modifying a subscription model they already have in place for consumers. Likewise, it would be entirely imaginable for the New York Times to create a new payment model for accessing enhanced web narratives such as Snow Fall. This, too, could be made available to libraries.

Libraries need to be heads-up through this transition. Although some amount of literature will persist in packaged components such as ePubs available through service providers like 3M, OverDrive, and Baker & Taylor, web-based literature has as little place for them as it does for Barnes & Noble bookstores. It is a good moment for libraries to engage directly with these new providers of literature such as the New York Times, The Magazine, and Matter. This generation of librarians must articulate a place for libraries amid the literature of the web.

Some things must be given up, and others must be developed. The collection and preservation of the world’s literature is increasingly a job that will be performed by national and research libraries through web archiving, not demand deposit. Likewise, preservation will have to incorporate AR information layers such as Atlas Obscura as well as Twitter feeds, and game experiences that edge into holodeck-like encounters, à la Star Trek.

For public libraries, the emphasis must be on reimagining what it means to partner with a community, bridging the resources of the web with the needs, voices, and data from within the community. Ultimately, the new generation of publishing stems from the energies of our communities just as much as our libraries. We now have a new opportunity to join them.

PETER BRANTLEY is director of Scholarly Communication for Hypothes.is. 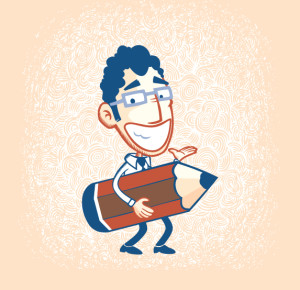 Wanna Write a Good One? Library as Publisher

Envisioning a new model outside the Big Six 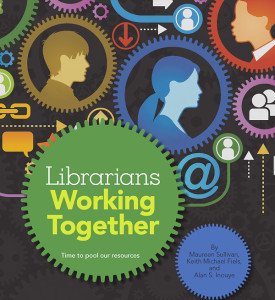 Time to pool our resources