How some states are working to ensure reader privacy

While privacy continues to be an issue on the national scene, at least two states—Arizona and New Jersey—have taken steps to expand their library privacy laws to include ebooks.

Arizona House Bill 2165, which was enacted in April, adds digital books and electronic records to the state’s existing privacy law, stipulating that anyone who releases information about a user’s library activities will be charged with a misdemeanor.

“Over the years we’ve dealt with internet privacy for many different reasons, including identity theft,” Arizona Rep. Bob Robson (R-Chandler) said. Rob­son cosponsored the bill, along with Rep. Jeff Dial (R-Chandler) and state Sen. John McComish (R-Chandler). “Libraries have always been held sacred in terms of privacy. We want people to have the assurance that what they read and access in a library remains their business.”

Robson also expressed his concern about businesses being able to track information about patrons’ ebook usage, and buying or selling that data in the future.

“Who has my information and why? You don’t go to the library to give businesses information about your activities.”

“The Arizona Library Community appreciates the efforts of House Representatives Dial, Robson, and Sen. McComish for sponsoring HB 2165, which supports intellectual freedom,” said Brenda Brown, legislative committee chair for the Arizona Library Association. “AzLA actively advocated for this bill and was provided with opportunities to review and suggest specific language, which was included in the final version.”

In New Jersey, the Reader Privacy Act (A-3802), which goes beyond libraries to also protect the privacy of readers and purchasers of books and ebooks, was introduced in February by Assemblyman Benjie E. Wimberly (D-Paterson) and Assemblywoman Mila M. Jasey (D-Maplewood).

The bill stemmed from Jasey’s interest in libraries, and the significant role they play in communities.

“Our library—the South Orange Public Library—doesn’t even keep a list of books that a patron checks out. Reading material in any other format deserves the same sort of protection,” said Jasey.

She said that under the First Amendment anyone could go to an independent or chain bookstore, pay cash for reading material, and have their identity remain un­known—and that libraries should be no different.

“As technology changes, it’s important to change laws to be certain that no loopholes are inadvertently created which would include a com­promise to an individual’s privacy. And reading is front and center in this matter,” Jasey said.

Eileen M. Palmer, president of the New Jersey Library Association, said that while NJLA’s Public Policy Committee has not had the chance to review the legislation in detail, “our preliminary assessment is that this bill will have a positive impact on providing protection for reader privacy.”

Arizona and New Jersey follow in the footsteps of California, which in 2011 passed the Reader Privacy Act, extending library records protections to print-book and ebook purchases. The California law also includes requirements for any disclosure to government agencies and law enforcement, the possibility of a $500 fine, and a stipulation that “no evidence obtained in violation of this section shall be admissible in any civil, administrative, or other pro­ceeding.”

Although the Arizona bill was in the works before the recent leaking of National Security Agency information became an international news story, Robson explained that this bill had no problem getting through the legislature and gaining bipartisan support. He said he wanted to continue to be proactive in ensuring that the government isn’t giving away people’s information.

“That should be the same for ebooks. I would hope other legislatures would take a step and look at this bill. It’s a good piece of legislation about library protection.” 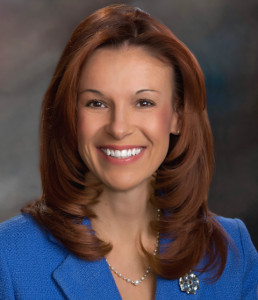 An interview with North Dakota superintendent of public instruction