What is it that we are signing when we click the “I agree” button?

If you’re like me, you’ve completely lost track of the number of times you’ve clicked the little “I agree” button—on software, upgrades, website registrations, and the like. We know, as little attention as we pay to such things, that they probably mean something, sorta, and we have that microscopic pang of guilt—or more appropriately, misgiving—about not having read what we’ve< just agreed to, before barreling on to the much more interesting and immediate thing we wanted to do/see/read before we completed the involuntarily voluntary agreement. We all just go on, not paying attention, in a fingers-in-ears-la-la-la sort of way, vaguely troubled but not enough to bother with.

It feels a little like a parallel universe, these things we’ve joined or signed up for, some of which even position themselves as communities (think of dating sites, eBay, and Facebook). And for more than a few people, these are places where they spend a substantial chunk of their time on a regular basis.

Let’s peel back a layer or two—without succumbing to digital paranoia, if we can help it—to think more deeply about what’s going on.

First of all, yes, it does appear these sort of click-through deals are enforceable; while court rulings have split on various terms and conditions, several decisions have upheld them, so it’s worth assuming for now at least that they hold water. Which is a darn shame for the several thousand people who unwittingly sold their souls to a UK game store as part of an April Fools’ prank in 2010.

What it means is that we’re playing on their field, with their balls, under their rules. In the real world, we live our lives in realms where we get to affect the rules, by voting and the familiar political and social processes. Increasingly, we spend time in take-it-or-leave-it realms where the rules are promulgated by fiat, and either we pay for that privilege or we have value extracted from us by analysis of what we do there and how we do it and with whom, or both. It feels much more like the world of princes and popes of old; the US government can’t exile us, but Twitter or iTunes could.

That parallel universe is very real, much like our own except without all the legal protections we take for granted, like the right to redress a wrong in a court of law, the freedom of speech or assembly, freedom from someone poking around in our business without a search warrant, the right to not be tracked and monitored every living second of the day and having that all saved and monetized without there being a blessed thing we can do about it.

At a recent presentation I attended, a speaker said that yes, Facebook could just unperson you at a moment’s notice in an extragovernmental and extrajudicial way, but that wouldn’t kill anybody. True for me—though, don’t we all know 17-year-olds who might feel differently about that? The prospect of a Facebook death might well be terrifying enough to cow lots of people in all sorts of ways.

An additional layer, closer to home, is the multiplicity of provisions embedded in all those license agreements we sign to procure access to materials and resources on behalf of our clientele. The simple days of buying a book, or subscribing to a journal, and sticking it on the shelf are long gone.

The question is really about value. This is a two-way street. We get access, membership, or use out of something of value, and almost always, value is extracted from us in one way or another in return. But what about the values we espouse so vocally: intellectual freedom, equality of access, the right to informational privacy? How well do those align with this tangle of agreements? And if they don’t line up, what do we do about it? Agreeable as we are, perhaps that’s worth discussion … but that’s another story. 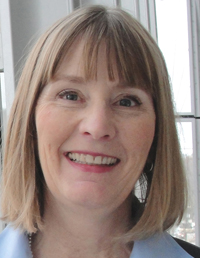 Hold a signing ceremony in your library