Paul Waelchli loves football. As a teenager growing up outside Green Bay, Wisconsin, he played the sport in high school. Watching Packers games on Sunday afternoons was a firm family tradition. When Waelchli took over as director of Cornell College’s Cole Library in Mount Vernon, Iowa, three years ago, it seemed only natural that he would bring his passion for the gridiron to the stacks.

Helping patrons manage their fantasy football rosters was one way Waelchli thought to do it.

“I really enjoy helping people research and problem-solve and crack the nut of trying to find the information that they’re looking for,” he says. “I enjoy playing fantasy football, too.”

Nothing in America brings people together quite like sports. Although hard-core football and basketball fans aren’t necessarily thought of as serious readers, libraries have the ability to offer a variety of resources that would hold considerable appeal for them, particularly those seeking an edge in fantasy leagues or NCAA March Madness pools on college basketball.

If librarians can find innovative ways to connect with that population, they have a real opportunity to attract new, hard-to-reach patrons.

Fantasy sports are a $2 billion industry now, catering to 36 million North American players, a bloc that has nearly doubled since 2007. The concept is a draw, in part, because of its simplicity; fans act as franchise owners, building teams of real professional athletes who then compete, based on weekly statistical performance, against other teams organized by friends or colleagues.

Not surprisingly, hundreds of websites have sprouted in recent years, all peddling detailed and insightful information as they try to gain a foothold in the growing market. Some are more reliable than others, and librarians are well positioned to help interested players sift through what’s available.

Already in the game

Some libraries are already sites of sports activity. Justin Keiser, a librarian at Jacksonville (Fla.) Public Library, points to a group of fantasy football players that has been using his branch’s electronic classroom for its draft for three years running. “This way,” he says, “the league members could meet in one place, they each had a computer, and the full draft could be displayed on the projection screen.”

Similarly, Brent Lipinski, a manager at Chicago Public Library’s (CPL) Wrightwood-Ashburn branch, says he sees lots of people using the public computers to create their fantasy teams. “Because we have computer access, people come in, they look up scores, watch videos,” says Lipinski.

Sara Gore Holladay, an electronic resources librarian at the Frick Art Reference Library in New York City, hosts the website Fantasy Football Librarian. Each year, in conjunction with the Fantasy Sports Trade Association (FSTA), Holladay runs an “accuracy challenge” in which she takes the preseason rankings of more than 60 different sites and measures their estimates against the actual end-of-season results.

“There’s a wealth of information, and there’s a ton of small places that are providing [it],” says Waelchli, who has given presentations with Holladay in the past on the intersection of fantasy sports and information literacy.

Waelchli’s library on campus doubles as the public library for Mount Vernon, Iowa, a town of 4,500. This fall, he’s working with his youth services library assistant to organize a research event for middle school students, dubbed “How to Dominate Your League Night.” Using Holladay’s rankings, he wants to point his kids toward less obvious sources and teach them what football skills they should value in a potential draftee. Fantasy sports “opens the door for a wide range of people to get engaged in talking about how they use information,” he says, “and to do it in a fun way.”

Some library systems, like the one in the Topeka and Shawnee County (Kans.) Public Library have gone so far as to set up the library’s own internal leagues. All experience levels are welcome, their public flier notes, and there’s no fee for entry.

Build the collection and they will come

The benefits of engaging sports fans are diverse. At the most basic level, fantasy sports can provide an entry point for potential patrons who might not think regularly about what services and goods libraries make available.

For those with an interest in athletics but without a computer at home, the library is a lifeline; a 2010 report from the Institute of Museum and Library Services found that 44% of people in households living below the federal poverty line used public library computers and internet access. For others, the library serves as a safe place to hang out with peers and indulge in hobbies. In June 2013, the Pew Research Center’s Internet & American Life Project found that people in their 20s are just as likely as older Americans to visit a library but are much more likely to study, read, or surf the internet at the facilities themselves.

The mean age of fantasy sports players is 41, according to FSTA data, and the vast majority of participants are men. “We in libraries sometimes have a hard time reaching men, especially adult men,” says Lipinski. “The dads do come in with their kids, but they don’t do a lot of pleasure reading themselves.”

In March, when college basketball brackets begin circulating, some libraries could purchase a $20 annual subscription to KenPom.com, a leading college basketball website and statistical archive. “You can go to the library, sit down and look at [these guides], take all of your notes, and it costs you zero dollars,” says Lipinski. “It’s really appealing, especially because that little bit of research gives you a big edge.”

Outreach is critical. Lipinski makes a public display when the sports seasons change, lifting from the shelves his branch’s best baseball stories in the spring and then swapping in books on the Chicago Bears in the fall.

Professional sports teams love to partner with libraries, and there’s room to leverage those relationships creatively. The Chicago White Sox offered baseball tickets this summer to a handful of children who completed CPL’s summer reading program.

Librarians need not be baseball nerds or linebackers themselves to create an environment that is welcoming to sports lovers.

“As librarians, we research things we don’t know. That’s what we do,” Lipinski says. “It’s the same way you can approach this problem. If you know nothing about sports, use the tools at your disposal.”

ADAM DOSTER is a freelance writer and editor based in Chicago. His work on sports and sporting culture has appeared in ESPN The Magazine, The Classical, the New York Times, the Wall Street Journal, the Chicago Reader, Chicago, and Deadspin, among other publications. 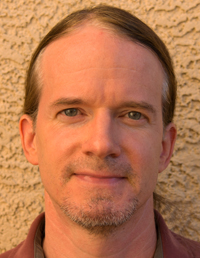 Not Just Angels on a Pin