An emerging paradigm for recruitment and retention

Workplace diversity management in our field has primarily focused on increasing the number of underrepresented populations among our ranks. Yet, an emerging paradigm shift that elevates values as a critical diversity factor is currently taking place in the global market. Many of today’s workers are seeking more than visual representations of diversity as proof that an employer offers an inclusive work environment. Potential employees desire meritocratic workplaces where the totality of an individual’s diverse contributions and lifestyle choices matter as much as demographic differences.

This article examines the rise of values-based diversity as the next evolutionary step in workplace diversity management and the implications of this new approach for librarianship.

“Values-based diversity has a valid place in libraries’ strategic thinking,” says Robert C. Harris, human resources manager at Pennsylvania State University Libraries. “It’s an appreciation of diversity that’s not just based on visible characteristics and demographics. It is also about diversity in thought, diversity in approach, and diversity in ideas.”

Values-based diversity is defined as a management philosophy in which the values that individuals bring into the workplace (such as differences in communication styles, work ethics, and motivational factors) are elevated as diversity issues. For example, the value of “face time” exposes new dimensions and challenges associated with successfully working together in a team environment, depending on one’s generational and/or technological orientation.

In the May/June 2013 issue of Technicalities, Editor Peggy Johnson described workers born before 1964 as tending to value face-to-face meetings, long workdays, printed documentation, and lecture-style continuing education, while Gen X and Y (those born between 1965 and 2000) workers favor meeting-free environments that nurture their independence, cater to work/life balance, and offer online training.

“Stereotypes abound,” Johnson wrote. “Gen X and Y tend to see boomers as self-righteous workaholics who don’t have a life. Boomers may view members of the younger generations as slackers who do not understand how to work hard.” She added, “This clash point over work/life balance may be one of the more divisive issues in today’s workplace, especially in academic libraries, where most professionals cannot advance or obtain tenure if they consider their workday finished at 5 p.m. Monday through Friday.”

“For years, when Penn State talked about diversity, we would pull out our charts and look at the demographic percentiles,” says Harris. “But now we look at how values and generational differences are going to impact how we assess performance and provide feedback.”

Although the discussion of values-based diversity is new to librarianship, there already are library diversity policies that embrace the concept of inclusiveness. “Diversity is woven into the fabric of our structure,” declares the University of Arizona Libraries on its “About Us” web page. “Diversity in our environment embraces the acceptance of a multiplicity of cultural heritage, lifestyles, and worldviews. It acknowledges the elimination of discrimination and the acceptance of difference.”

Oak Park (Ill.) Public Library (OPPL), located in a progressive Chicago suburb, emphasizes in its diversity statement that “Ours is a dynamic community that encourages the contributions of all its citizens regardless of race, color, ethnicity, ancestry, national origin, religion, age, sex, sexual orientation, gender identity or expression, marital and/or familial status, mental and/or physical impairment and/or disability, military status, economic class, political affiliation, or any of the other distinguishing characteristics that all too often divide people in society.” It goes on to say that “the library aspires to reflect the traditions and values of Oak Park in our relationship to the residents of Oak Park and the staff of the library.”

The University of North Carolina (UNC) Libraries diversity statement spells out the behavior needed to make the policy a reality: “Treat coworkers and library users the way we want to be treated, being mindful to respect difference; work together cooperatively for the good of the library, basing discussion on facts rather than rumor, stereotypes, or assumptions about others; [and] ensure that library staff, services, and collections reflect the diversity of the UNC community and the world.” The statement concludes: “Working and learning in this environment enhances the experience for everyone.”

In the corporate community

A special report issued by The Economist in January 2014 examines the rise of values-based diversity by surveying 228 human resources managers. Outcomes indicated that the impact of values on an organization is measurable and affects workplace dynamics. This demonstrates the importance of viewing values-based diversity as an equal and complementary metric to acquired diversity (cultural competence and fluency) and inherent diversity (race, gender, and sexual orientation) in overall workplace diversity management.

Several corporations have successfully incorporated values as a diversity metric. DiversityInc magazine, which compiles an annual list of the top 50 companies for diversity, evaluated 893 companies in 2013 based on a list of criteria, including talent pipeline, equitable talent management, and CEO/leadership commitment. Of the companies that ranked in the top five, four (Sodexo, PricewaterhouseCoopers, Ernst & Young, and MasterCard Worldwide) have publicly accessible information about their diversity management initiatives.

Sodexo promotes “quality of life” services as the most important area of its multitiered diversity management approach. The French food services and facilities-management company enlists internal employee “ambassadors” to aid in a continuous assessment of quality-of-life issues that arise among the workforce. The ambassadors receive resources to offer online courses on how employees can successfully manage their work/life balance.

MasterCard Worldwide eliminated racial, gender, and sexual orientation “affinity groups” in favor of “business resource groups” where those with shared and similar interests can come together to learn. The groups have been deemed especially successful for those who are participating in cross-cultural adoption and employees who are interested in learning more about various cultural experiences.

Ernst & Young promotes that “diversity is no longer defined just by race or gender. It encompasses the whole human experience—age, culture, education, personality, skills, life experiences, and many other attributes.” The creation of an “inclusiveness team” affords the company the ability to address a myriad of topics with its employees. Topics such as the power of informal networking for professional success, the path to leadership, and how to successfully navigate transcultural differences have benefited thousands of people.

Recognizing that its largest demographic was the most disengaged with diversity initiatives, PricewaterhouseCoopers (PwC) instituted a radical and controversial values-based program. Under the broader framework of “We Are All Different, We Are All Diverse,” it launched the “PwC White Men as Diversity Champions” program, which seeks to educate white males about diversity while allowing this group an unfiltered voice in diversity conversations.

Considering an exploration of values-based diversity does not mean abandoning the important work of visibly diversifying librarianship at every level. Continued vigilance to ensure that our libraries’ workforce represents the changing demographics of the communities we serve is vitally important to our lifeblood.

Recent demographic data stands as evidence that diversification of our field is still a challenge. For example, in 2009 89% of librarians in the United States were white, according to US Census data analysis by Sydney Beveridge, Susan Weber, and Andrew A. Beveridge for Socialexplorer.com. A July 2013 study released by the American Library Association’s (ALA) Office of Research and Statistics found that, of 40,000 ALA members, 87.1% are white, with the largest group (26.1%) being 55–64 years old, despite retirements. These numbers have remained steady for nearly a decade.

There is some anecdotal dialogue about why librarianship has struggled with diversifying its talent pools, but more research is needed. It is clear that now is a good time for us to weigh recalibrating our efforts in strategic diversity management. The recruitment and retention efforts must continue. Perhaps a critical first step is employing a values-based approach that is fully inclusive of all experiences.

ALEXIA HUDSON-WARD is associate librarian at Penn State Abington College and a student in the PhD/MLIP program at Simmons College. A course-related assignment from ALA Past President Maureen Sullivan, Simmons College professor of practice, served as inspiration for this article.

An Overview of Diversity in Human Resources Management

Through the decades, diversity human resources management within the United States has undergone several philosophical shifts. In the late 1960s through the early 1970s, affirmative action was the focus of diversity activities in an effort to ensure legal compliance with racial and gender discrimination laws. Around the mid-1980s, multiculturalism was advanced by the American educational system as a means of inclusively acknowledging and celebrating a variety of cultural heritages and experiences.

In 1990, R. Roosevelt Thomas Jr. published “From Affirmative Action to Affirming Diversity” in the Harvard Business Review, an article considered a seminal work in diversity management. It was a call to action for companies to consider moving beyond demographic data collection as a means of gauging success or failure of diversity efforts. The goal, Thomas asserted, should be to “create an environment where no one is advantaged or disadvantaged, an environment where ‘we’ is everyone.”

Thomas’s work appeared to gain traction at the beginning of the 21st century, as the concept of diversity and inclusion emerged as the accepted strategic approach to diversity management. The idea of presenting diversity and inclusion as a combined phrase is to highlight the symbiotic connection between the two. In essence, where there is diversity, there should also be inclusion.

Mark Kaplan and Mason Donovan, authors of The Inclusion Dividend: Why Investing in Diversity and Inclusion Pays Off, flesh out the concepts in more detail. The authors state that it is essential for organizations to measure and track diversity metrics. At the same time, managers must also ensure that all individuals can bring their best contributions into the workplace. Kaplan and Donovan contend that the ultimate goal of diversity and inclusion is to create a workplace meritocracy where everyone is valued and no one is excluded. 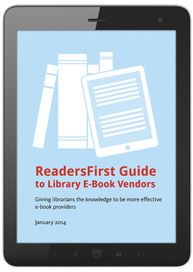 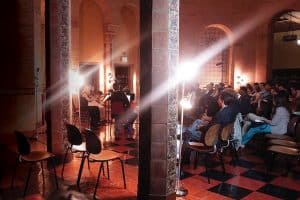 A cultural venue for concerts