Collections Are for Collisions

Design it into the experience

In 1754 Horace Walpole, a British aristocrat, wrote a letter to Sir Horace Mann in which he contemplated the phenomenon of “happy accidents” or “pleasant surprises.” Walpole referenced a Persian fairy tale in which princes traveled the world experiencing a series of accidental, but good, discoveries.

The title of that tale was The Travels and Adventures of Three Princes of Serendip. The story inspired Walpole to coin the term serendipity. Who among us has never known, how­ever trivial, a serendipitous discovery? More essentially, nearly every librarian has heard at some point in his or her career someone’s story about a serendipitous en­counter with a book.

As a profession we are likely in agreement that seren­dipitous discovery in the library stacks is a good thing. Think of it as collision with our collections. A patron is browsing through the aisles when he or she randomly hap­pens upon a book that for some reason captures his or her attention. What happens next may amount to nothing more than a brief touch and scan or a routine reading. It’s on those other occasions, when the collision engages some­one and has the potential to create some seismic shift in his or her life, that the collection reaches its full potential.

As our collections become more digital and less tangible, as we move them off the stacks and into onsite or remote storage, and as students spend more time touching keyboards and less time connecting with texts, how likely is it that future patrons will have such experiences? If we adhere to our current trajectory, then the answer is “not very.” What’s odd about the impending decline of this type of engagement is that in other industrial sectors, the very act of serendipity is being engineered into the work­flow. Librarians, on the other hand, appear to be excising serendipity out of the library experience. If we believe there is value in the act of serendipity, then it is our re­sponsibility to design the library experience to save it.

Longing for the stacks

In 2013 my institution (Temple University) embarked on a master-planning project to envision our future campus. As cochair of the library and information resources team, I helped lead a discipline-diverse group of faculty to imagine a library that would serve our community over the coming decades. Despite their academic differences, the team members shared a common aspiration for the library: Keep the books. They feared librarians would diminish the physical collections and limit the possibili­ties for the next generation of students. Though fully aware that current and future students were no more likely to lazily wander the stacks than give up their smartphones, they all expressed a nostalgic longing for students to have idyllic, serendipitous encounters in the stacks as they themselves did throughout their academic careers.

Despite that slight irrationality, the faculty members were onto something valuable. Research into serendipity proves time and again it offers great benefits.

In the 1970s, MIT social scientists explored the impact of workers sitting four to a lunch table versus 12. They studied how distances between coworkers affected their productivity. Nathan Eagle, an MIT Media Lab scientist, brought the research into the digital age when he pro­grammed 100 cellphones to emit signals when they came into close proximity with one another, and then distributed them to random members of the community. What all these studies reveal is that putting people into situations where they can more easily collide with colleagues, new ideas, or different perspec­tives leads to increased productivity, ideation, and innovation. Sparked by these findings, a new generation of explorers is giving rise to the science of engineered serendipity.

Where this new strategy is most being put into practice is in the workplace. It is said that Steve Jobs, when designing Pixar’s headquarters, asked the architects to place the bathrooms so that everyone across the organization—programmers, designers, and animators—would by necessity have to run into one another daily. More recently, Marissa Mayer, CEO of Yahoo, took the controversial step to eliminate telecommuting in order to create “One Yahoo,” a workplace where everyone needed to be pres­ent in order to multiply the possibilities for the collision of ideas. Tech start-up incubators, such as New York City’s General Assembly, eliminate private offices so that each company and all its workers are in close proximity to one another in order to facilitate collisions that may lead to greater innovation.

Engineering out the serendipity

One highlight of the new Hunt Library at North Carolina State University is the large glass wall created for viewing the automated storage and retrieval system in action. As the “bookbot” goes about its work, touring groups admire the robotic giant as it silently and methodically goes about its work. As I watched these groups in awe of the bookbot, I thought it oddly ironic that they could watch the books being moved about but were completely walled off from them. I wondered if any of them would truly connect with a book that day.

Fewer books overall are being acquired, but print num­bers dwindle more rapidly. The escalation of journal costs means collection funds move from the monograph to serial budget. Shifting to ebook packages allows the ad­dition of more volumes at lower cost but at the price of reducing what’s available to browse on the shelf. The move to patron-driven acquisitions means more e-format purchases. Consortia partners are looking to reduce duplicated materials through shared collection-building strategies. Others struggle over space constraints with the books that remain. As patron expec­tations shift, there is a greater demand for both private and communal work space. Cafés are nice too, along with quiet study and traditional reading rooms. The best option to create space for such amenities is often eliminating stacks by moving books to remote storage sites or ro­botic retrieval systems.

Beyond our control is a growing unfamiliarity with book culture that’s keeping people out of the stacks. In col­leges and universities, the number of humanities majors, typically book readers and browsers, is at its lowest point since 1970—just 7% of all students. Students pressured to approach their college education as career preparation rather than a time of intellectual exploration and discov­ery exhibit less motivation and incentive to browse the stacks for good reads. How might those students change their behavior if they recognized that serendipitous en­counters lead to new ideas, discoveries, and inventions?

Bringing back the collisions

Whether it’s Syracuse University, the University of Denver, or the University of Nebraska–Lincoln, wherever librar­ians have announced plans to move significant collection components to offsite remote storage, no matter how good the intentions, expect community backlash. As with my faculty, the attachment to books is strong, and despite declining circulation data, community members believe there is value in keeping print collections intact. With librarians acquiring fewer books overall, and a greater number of those in electronic format, what strategies might librarians employ to increase serendipitous encounters?

One successful technique is to put the books where people may least expect them, creating a surprise “you-didn’t-expect-to-find-a-book-here” discovery experi­ence. For example, add a graphic novel collection in the computer commons. Add a new books display in the lounge or outside the café. Public libraries leverage im­pulse decision-making behavior by locating books near entrances, exits, and other high-traffic spaces.

If adding small collections is a challenge, try a Curated Stacks project. It’s basically a visual bibliography that promotes a particular set of books, and any available stacks or bookcases make a viable location. Public libraries have also had some success with “Blind Date with a Book” pro­grams, and a few academics are trying it. It’s simple: Books are wrapped in plain paper on which a clue or two is writ­ten to spark readers’ curiosity and pique their interest.

Creating collisions with intangible objects like ebook collections is no easy feat, but technology solutions pres­ent the best hope. The Digital Public Library of America’s Bookshelf, a browsable virtual stacks technology, accu­rately simulates shelf browsing, using colors and different size bars to communicate the location and relevance of retrieved items. In academic settings, faculty and librar­ians can collaborate to compile and deliver library content in the form of digital learning materials. The library’s journal and ebook content are pushed to students in ways that lead them to collide with these new resources and make discoveries of their own.

Not a trivial matter

Considering all the serious problems librarianship faces, the loss of serendipitous library discovery may not be at the top of any librarian’s priority list. It may even seem trivial. But consider the career of Marla Spivak, world expert on bees and MacArthur fellow. In her TED talk she reveals the origin of her fascination with insects: Find­ing a book about bees at her local library at age 18. Spivak went on to make critical discoveries about beehive dis­eases, and has explored how to solve the crisis of colony collapse. Librarians know that Spivak’s experience hap­pens again and again in life-changing ways.

The planet’s future isn’t always in the balance when collection collisions happen. More likely it’s just the birth of a lifelong reader or the launch of some new passion. These “good accidents” are too much a part of the quintes­sential library experience to allow them to fade away. It is up to our profession to design our libraries and the paths to our collections, physical or virtual, to keep the collisions coming. There is more at stake here than just circulation statistics and borrowing patterns. Libraries, properly designed to facilitate the serendipitous experience, must preserve what is at the vital core of their value to society— the propagation of new mysteries that propel the advance of human knowledge. Let’s make sure we get it right.

STEVEN J. BELL is associate university librarian at Temple University in Philadelphia. Visit stevenbell.info for more information about him. 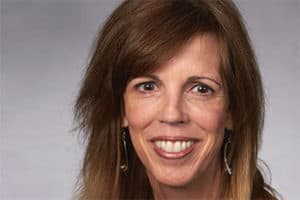 When a simple phrase is not as innocent as it seems